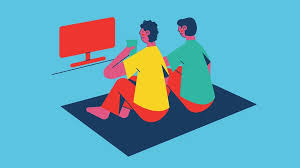 Colors will launch The Big Picture in association with Banijay Asia, Salman Khan Television and ITV Studios Global Entertainment BV. Ranveer Singh will be the host. The channel has already signed Byjus’ as presenting sponsor of the show. Sony’s Shark Tank is a globally successful commercial reality format. The format has revitalized businesses in more than 40 countries since its first launch in 2001.

So what is it that drives channels to think of new formats and will these shows be successful with viewers and advertisers?

Industry experts say that every show, fiction or non-fiction, takes a while to establish. Incorporating celebrities will help attract advertisers and viewers. However, they believe, the new shows could face challenges not only due to existing non-fiction properties, which already have a loyal following, but also sporting events.

According to Keerat Grewal, partner, Ormax Media, non-fiction has seen an increase in HGEC audience preference in recent years, as fictional content in the category has weakened.

According to Ormax Power Rating for HGEC Shows, among the most popular shows on the air, three of the top five are non-fiction. However, most current non-fiction shows are 4 to 12 seasons old. Therefore, exploring new formats may well be a step in the right direction, especially since these shows form a loyal base over several seasons.

“Because television is a screen for the whole family to consume content together, the success of a new format will lie in its ability to include all age groups and all genders. Relatively complex content shows, like the ‘pitch’ in Shark Tank, will need. The inclusion of famous entrepreneurs / investors in the panel will also help popularize the show and increase its appeal to advertisers, ”adds Grewal.

Registration for both shows has already started. The channels have yet to reveal launch dates, but sources say The Big Picture is slated to launch in September, while Shark Tank is slated for September-October.

Another factor that will impact the acceptability of shows is sporting events.

According to Linu John, vice president of media planning at Zenith, “The coming period is filled with high impact cricket and GEC shows. The drop in the number of viewers is due to the GECs. This year we have back-to-back cricket matches over the holiday season which creates a gap in deliveries for the GEC. “

“While the shows that have made their mark in the reality space may still appeal to a segment of their audience, the impact of cricket will be visible through the shows. But new format shows will encounter some difficulty in the initial sampling, which is essential for them, ”adds John.

John adds, “For advertisers and brands, there are many choices in the market, so there will be a good dispersion between shows. Newly launched shows will see the impact of multiple options in the market.”

Adding to John, Karan Taurani, SVP, Elara Capital, says there is unlikely to be any slowness in advertising. “Of course there could be pressure because a lot of budgets could shift to sports. It also depends a lot on the price of the shows. Getting advertisers is not a challenge.”