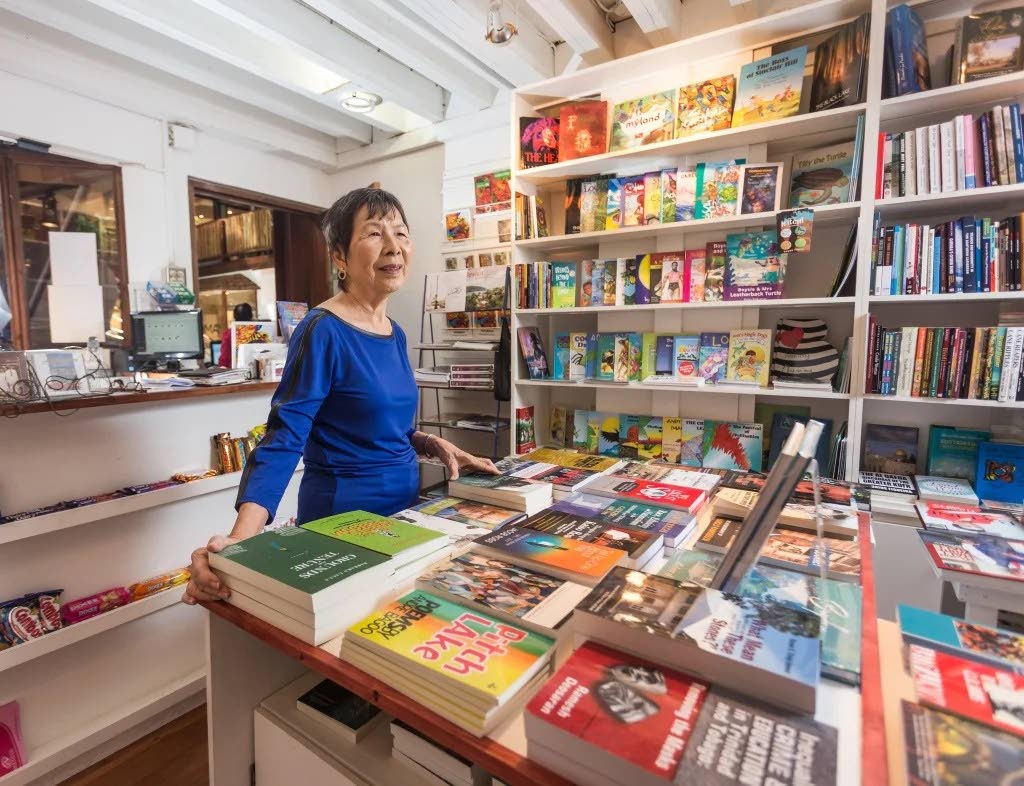 Weird and new twists and turns as pandemic reading explodes

When covid19 first hit, the pandemic looked like something out of a dystopian novel. As the world turned upside down, many avid readers found themselves in a strange and unrecognizable place, when it came to their reading. Suddenly, reading became a challenge. Reading preferences have changed, sometimes taking strange and new twists and turns. Some people found out how far they would go to get a book.

During the closings, social media has kept some readers in touch with their favorite bookstores. Joan Dayal, owner of the Paper Based bookstore. known for his Caribbean books, said more and more young people have started to follow the bookstore on Instagram. Readers asked for more fiction to read.

“We posted a lot by Track Pack to all over Trinidad via TT Post,” Dayal said. Paper Based had many requests from African women writers and Caribbean literature. Requests included Love after Love by Indira Persaud, The Murder of Boysie Singh by Derek Bickerton and The Mermaid of Black Conch by Monique Roffey.

“A few men who buy books made a mix, not so much West Indian, but they asked for Black Spartacus: The Epic Life of Toussaint Louverture by Sudhir Hazareesingh.

“Book clubs continued to operate during the pandemic and book choices included Klara and the Sun by Kazuo Ishiguro and All the Light We Cannot See by Anthony Doerr.

“I found that young people read more,” Dayal said. “They followed reviews of foreign books on social media and made requests, often for romance.”

Award-winning author Barbara Jenkins did more than her book club reading during the closings. “With the pandemic, I found myself going back to what I love to do the most, which is reading. I read a lot more.

Jenkins said she now reads two to three books a month and recently read four books in a week. “I read more poetry than in the past.

“Other than that, I don’t know if my reading has changed during the pandemic, but my interpretation of what I read has changed. I see it differently from what I would have done if I had read these books at another time. I linked everything I read to what was happening, maybe missing part of the story because I was hanging onto a little thread that suggested a connection to what we were going through.

Jenkins said one of his favorite personal readings on the pandemic was One Thousand Eyes by Barbara Lalla, a dystopian, post-apocalyptic novel with children trying to find their way through unfamiliar surroundings. She chose Klara and the Sun as a book that really marked her.

Writer and editor Judy Raymond had the challenge of organizing the Newsday newsroom to work more or less virtually while worrying about two of her children, a son working on the frontline of covid19 as a specialist in infectious diseases in the United States and a girl studying in the United Kingdom, who reported alarming covid numbers and showed the world at the time how not to deal with the pandemic. Raymond was also concerned about how TT would deal with covid19.

“So I spent even more time worrying than usual and had very little energy or free space to read.

“When I tried to read real books, with a few exceptions, I couldn’t read modern fiction set in the real world and especially in the region; it was literally too close to home.

“Strangely enough, however, I felt this compelling need very early on, which I did not understand at first, to re-read a novel, Station Eleven, by Emily St John Mandel. I realized that somehow, incredibly, I forgot that this was a global pandemic and its consequences, which by the way were far worse than the effects will be. of the current pandemic, even if covid19 never leaves us. It was strangely heartwarming.

Raymond said she also went through “a short phase of reading murder mysteries – also as comfort reading!” Terrible things happen, but you know it will turn out eventually: the brilliant sleuth will catch the killer just in time, justice will be served and all will be well.

Like many pandemic readers, Raymond also turned to books widely described as an escape. “I returned to Ursula Le Guin, whose work was once referred to as science fiction but today we would call speculative fiction. Even that’s not fair: it reads like it’s completely factual. Its Hainish cycle takes place in another universe composed of perfectly and completely imagined worlds, with its own history, ethics, linguistics, ideas on gender, politics … which of course makes you reconsider our own planet (and what a mess we made of it) in a different light.

You can feel it stretching your mind. I started over with the first one I read, The Left Hand of Darkness, which isn’t the first chronologically, but it’s a wonderful book and everyone should read it – pandemic or not.

Newsday columnist Kiran Mathur Mohammed, co-founder of medl, an IDB lab and Microsoft-backed health technology social enterprise, noted how the reading landscape around him has changed.

“The pandemic has been an incredibly exhausting and stressful time for many people. I think people turned to escape or nostalgia in their reading. They looked for the past and thought of childhood.

He found that the third wave of covid19 caused people who weren’t more introspective to become more reflective.

“My own reading habits were no exception. I passed to nostalgia. I reread Marcel Proust’s Le Souvenir des things Past. I also started reading more non-fiction, a Robert Caro biography on US President Lyndon Johnson, who managed to shake things up with his energy.

For Johnson’s biography and The Three Body Problem, a series by Cixin Liu, he turned to ordering eBooks on Kindle. “Liu’s books are very intelligent science fiction.”

For those who believe in reading and make it a mission to put books in children’s hands, the pandemic has brought new challenges.

Suzette Cadiz and her NGO Let’s Read cleaned and packed books, which they put in Living Water Community food baskets.

“People started asking for books with their baskets,” Cadiz said. “Thanks to donations, we distributed 1,600 new books. The students went to school and collected packages with their names on them.

Let’s Read launched the small free library in Matura. Six of these libraries are about to be launched along the north coast, but their names were quickly changed to Little Community Library as people thought the books were free to keep.

“These libraries get children used to libraries. It’s good for libraries in the future, ”said Cadiz, imagining a post-pandemic world.

Her own readings include The Mermaid of Black Conch, How the Garcia Girls Lost their Accents by Julia Alvarez and Butter Honey Pig Bread by Nigerian writer Francesca Ekwuyasi,

“… a beautiful book about family, love and choices.” Cadiz reread the collection of short stories by Haitian writer Edwidge Danticat, Everything Inside.

“Shivana was inspired by us on Facebook to read to her baby girl when she was born,” Cadiz said.

Let’s Read bought a red cart from Sankar-Balliram and walked with her to deliver books in this first race.

Sankar-Balliram said she has collected many books by reading her two-year-old daughter since birth. When the pandemic hit, she pitched the idea of ​​a book club in a sanitized environment so children had access to books that would help them learn. When religious organizations were allowed to operate, Basta Hall Shiv Mandir allowed Sankar-Balliram to have a shelf there.

“So far it has been a resounding success because people can come to the temple at any time,” she said. She bakes brownies or cookies, brings them to the temple, and discusses books with the children.

“We are loading the cart to deliver the books ordered from my email address for the children who have not come to the temple,” she said. With some of the 50 children she takes care of, they deliver books.

“I see the benefits of reading. My daughter has a photographic memory due to repetitive readings from birth. I believe education is definitely the way out of poverty, and it starts with reading.

For many, the pandemic has opened up a whole new world of reading
.