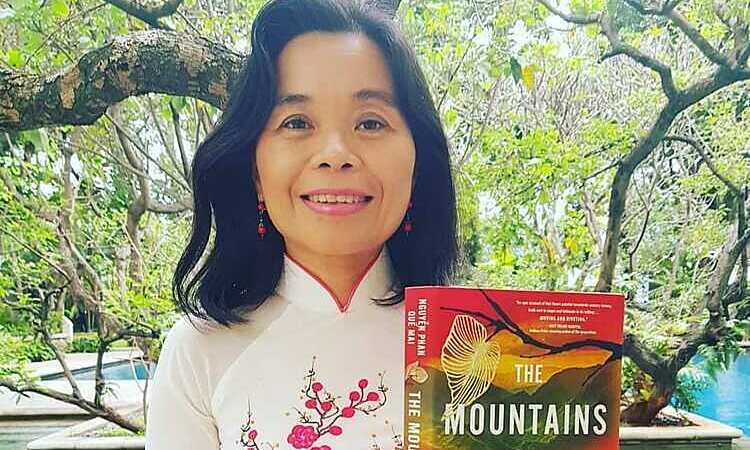 The book is set against the backdrop of the Vietnam War and tells an enveloping story of the Tran family seen through the eyes of matriarch Tran Dieu Lan and her granddaughter, Huong.

As Huong grows up, Lan teaches him what it takes to survive and live with compassion.

“The Mountains Sing is my yearning for peace, human compassion, forgiveness, hope, and for humans to love humans more,” Mai said on the competition website.

“I echo my call for peace in the form of this novel, through the words of my character Huong: ‘Somehow I was sure if people were ready to read each other and seeing the light of other cultures, there would be no war on Earth. ‘”

Her book will be honored at a gala in November in Dayton, Ohio, alongside other finalists this year and last year.

Mai, who holds a PhD in Creative Writing from Lancaster University in the UK, has authored eight books in Vietnamese covering the gamut from poetry to non-fiction, and she has been translated and published in more than 15 countries.

The Mountains Sing, also her first work in English, also won a Lannan Literary Awards for her contribution to peace and reconciliation and the BookBrowse Best Debut Award for 2020.

The Dayton Literary Peace Prize aims to celebrate the power of literature in promoting peace, social justice and global understanding.