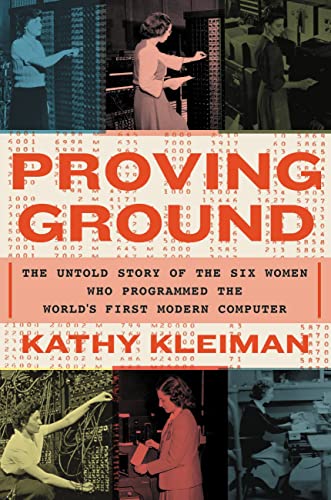 Law professor Kleiman recounts in her fantastical debut the vital but little-known role that six women played in the history of computers. While researching computer programming, Kleiman came across photos of unidentified women working on the ENIAC, “the world’s first all-electronic programmable general-purpose computer” built at the University of Pennsylvania during World War II. world. Unconvinced by a museum director’s suggestion that they were role models, she dug deeper and discovered their role in the development of ENIAC. In 1942, with the United States having joined World War II and men in short supply, the Army hired young women with a background in mathematics to program the ENIAC to calculate missile trajectories. Without manuals to help them, Frances Elizabeth Snyder Holberton, Betty Jean Jennings, Kathleen McNulty, Marlyn Wescoff, Frances Bilas and Ruth Lichterman took the job. Despite harassment and discriminatory treatment (they were classified as SP, for “subprofessional and subscientific”), they persevered, and with their success ushered in an “electronic computing revolution” that some would “soon call…the birth of the information age,” writes Kleiman. Kleiman has a novelist’s gift for crafting a page-turning narrative, and the one that’s on offer is both eye-opening and inspiring. Fans of Dava Sobel The world of glass and Margot Lee Shetterly hidden numbers are for a treat. (July)

Louisville taught me to write my way through breast cancer