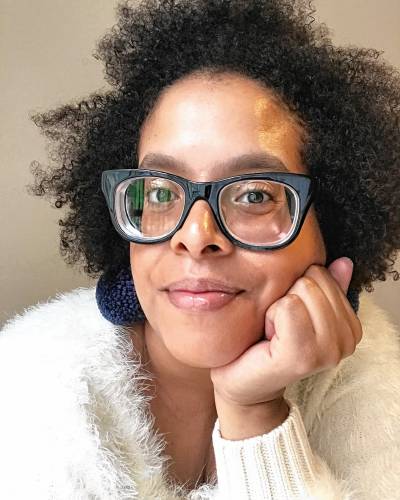 LOS ANGELES – A Greenfield High School graduate has been named one of eight people who received a television writing fellowship as part of the Women’s Weekend Film Challenge’s first pilot accelerator.

Ramou Sarr and seven other women were selected from 723 applicants and will be able to pitch their ideas to studios, production companies and executive producers after intensive three-week training in preparation for the opportunity.

“It’s exciting to feel validated that people are enjoying your writing and that I’m on the right track,” Sarr said.

Sarr’s pilot “Killing It” is a dark comedy about three podcasters of millennial real crime who find themselves at the center of a murder “and the tangled web they weave as they attempt to protect the empire. that they built “.

Sarr, 38, explained that the plot was inspired by her work as a paralegal in death penalty cases in Los Angeles, where she has lived for six or seven years. She lived and worked in Somerville before moving to California.

“I knew I wanted to be a TV screenwriter,” she said. Sarr moved to Greenfield for high school and graduated in 2001.

She created, wrote and acted in the “Brunch” web series, about two black women “meditating on their neuroses about eggs and mimosas”. She has written several personal story essays, two Glamor magazine cover articles, and a short story about a missing Midwestern teenager.

The eight selected fellows were reviewed by the jury of the Women’s Weekend Film Challenge in the industry.

“We enlisted the help of executive producers, development managers and television writers to judge the 24 semi-finalist pilot scripts,” Women’s Weekend Film Challenge co-founder Tracy Sayre said in a statement. hurry. “Already, some of these judges have requested meetings with writers whose work they have read and evaluated. It’s so exciting because we not only help advance the careers of the writers who have applied to our program; we also help these producers find new talent.

The scenarios chosen for the accelerator range from comedy to science fiction to contemporary and period dramas. The one thing that unifies all scripts is “the sheer talent of these writers and their passion for telling female stories,” said Katrina Medoff, co-founder of the Women’s Weekend Film Challenge.

According to the statement, Women’s Weekend Film Challenge was founded by Medoff and Sayre in 2017 to promote gender equality behind the camera and on screen. The Pilot Accelerator is designed both to help emerging writers advance their careers and to increase the representation of women and non-binary people on television.

More information about the accelerator is available at bit.ly/3lvLb89. Sarr’s website is ramousarr.com.