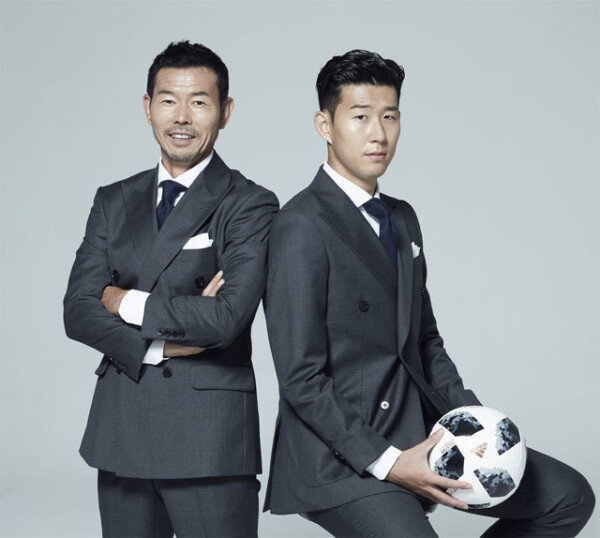 “My football is purely the work of my father,” said Son Heung-min. World famous footballer Son Heung-min of Tottenham Hotspur frequently expresses his gratitude to his father Son Woong-jung, director of Son Football Academy. It is well known that the father taught his son the basic skills and attitude required of a football player from an early age. The father recently published an essay describing his life and how he raised his son titled “It All Starts With The Basics”.

When Heung-min was 25, his father designed a stage-specific program to help him maximize his skills. They focused on developing basic skills for seven years. When Heung-min entered middle school, they focused on training both feet. The father instructed his son to use his left foot first when putting on socks or pants or practicing shooting. Heung-min is an active “two-footed” player and is known to use both feet in goal. At the age of 18, he focused on shooting practice, shooting 500 times with his left and right feet, respectively. He picked five points and practiced shooting goals by deflecting those points. Two of these are currently known as “Son Heung-min areas”.

Training was not the only area the father emphasized, he hoped his son would love the books. He would read 100 books a year, extract about 30, underline certain passages and suggest that Son read them.

He also wrote about Heung-min’s close bond with his older brother, Heung-yoon. Heung-min said his brother has been his best collaborator. “Whenever Heung-min has difficulty as a professional player, he calls his brother to talk about it,” said the father. “I doubt he would have made it through training without his brother’s support.”

The father no longer trains and cares for his son like he did when he was younger, as Heung-min is self-disciplined. He says the best time for his son is yet to come. “It’s coming soon,” he said.