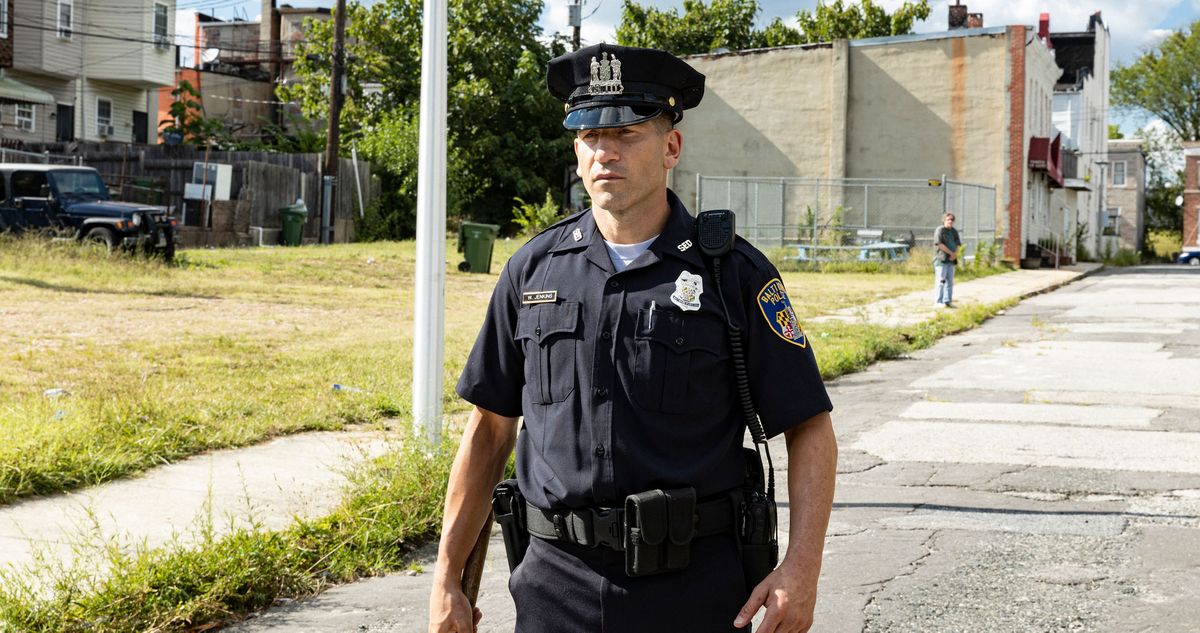 Review of “This Town Belongs to Us”

We own this town is not a sequel to Thread. Based on the non-fiction book by Baltimore Sun journalist Justin Fenton about the Baltimore Police Department’s corrupt gun-tracing task force, this is his own compelling story in limited series form.

That said, it is impossible to watch We own this town without thinking about Thread. All six episodes were adapted for the screen by Thread creator David Simon and author George Pelecanos, who also worked on HBO’s previous Baltimore drama, as do several of them We own this townOther executive producers: Nina K. Noble, Ed Burns and William F. Zorzi. Given his interest in Baltimore police, there are several scenes — of cops and feds eavesdropping on wiretaps, or interrogations of potential suspects and sources — that recall moments of Thread. Many of the actors in this seminal drama, which aired from 2002 to 2008, also appear in roles that seem very significant in light of the roles they’ve played before.

Several of the actors who once played drug dealers — Jamie Hector, Darrell Britt-Gibson, Tray Chaney and Jermaine Crawford, among others — now play cops, while Delaney Williams (Sgt. Jay Landsman in Thread) assumes the role of former Baltimore Police Commissioner Kevin Davis and Domenick Lombardozzi (formerly Herc, Major Crimes Division Sergeant) is the head of the police union. These casting choices underscore some realities conveyed elsewhere in the show: that guys who look like Williams or Lombardozzi will always hold positions of power, and that the line separating cop behavior from criminal behavior has almost entirely dissolved.

That said, We own this town differs from Thread both in intention and in execution. While the previous series showed us both good cops and those who didn’t always act in the best interest of the public, the new show is explicitly a police impeachment gone completely off the rails. This reflects actual events in post-Freddie Gray Baltimore as well as the shift in public consideration of the police during the Black Lives Matter movement. We own this town is not a sequel to Thread, but it certainly feels like an add-on, which quickly encourages us to be wary of any cops we encounter rather than warm to them despite their flaws. There are few or no Bunk Morelands or Lester Freamons in this Baltimore.

In the center of We own this town is the sergeant. Wayne Jenkins (Jon Bernthal) whose rise from rookie officer to amoral leader of the gun-tracing task force is tracked via flashbacks to past incidents. His misconduct – which ranges from physically assaulting suspects to planting drugs on innocent citizens to skimming large sums of money from cash uncovered in weapons attacks – is disturbing. and deep, prompting police in the city of Baltimore, adjacent to Harford and Baltimore counties, to begin investigating what will eventually become an FBI case. (Dagmara Dominczyk of Succession plays the main role.)

Before the GTTF investigation heats up, Nicole Steele (Wunmi Mosaku), an attorney in the Justice Department’s Civil Rights Division, conducts her own investigation into police practices in the city. Ultimately, we learn what we know about Jenkins and his unscrupulous colleagues through evidence uncovered by Nicole, police from neighboring counties, and the federal government. Due to this structure, We own this townThere is an extremely procedural procedural. There are times when the series seems more interested in making a case than telling a full-fledged story, and the timeline jump can get confusing, despite the text of incident reports used as transitions and designed for us. keep them anchored in the timeline of events.

Nonetheless, it’s still a vivid and richly detailed series, shot with gritty intimacy by director Reinaldo Marcus Green (King Richard) and worth watching for a host of reasons. A big one is Bernthal’s performance. An actor with an incredibly elastic range, Bernthal infuses Jenkins with a distinctly Baltimorean swagger. Speaking in rounded, boastful O’s and walking with a sway that suggests he’s ready to go into attack mode at any moment, you can’t take your eyes off the guy even when his behavior is as obnoxious as you want. His arrogance is what draws his direct reports to him; it is also his downfall. “I can’t fuck with Superman,” he said confidently to a colleague moments before he was arrested. It’s an Emmy-worthy high-voltage performance.

It’s not the only strong work from this massive ensemble cast, either. As Daniel Hersl, another walking red flag of a cop with multiple complaints on his record, Josh Charles is persuasive but less showboat than Bernthal. His arrogance is silent until it explodes out of him, making Hersl the scariest figure. And Charles, himself from Baltimore, has the perfect accent. Unlike Bernthal and Charles, Hector grants Detective Sean Suiter the demeanor of a man trying to do the right thing, then cuts him off with stage fright suggesting he may be dealing with demons. He, too, is an eyeball magnet every time he enters the frame.

We own this town is careful to demonstrate that, as corroded as the GTTF ultimately was, the Baltimore police’s failure to curb crime and build trust between civilians and police is the failure of a system far more broad that is not concerned with how race, economics and other factors dictate who is and is not targeted by law enforcement. Just like Simon did in Threadhe ultimately traces the beginning of the breakup to the War on Drugs.

That war, retired cop Brian Grabler (Treat Williams) explains to Nicole in the sixth and final episode, “was lost when I got there. Are you ready to say it out loud? Does anybody ?”

Arrived twenty years later Thread, We own this town presents more pronounced versions of the same old problems. It offers no answers to all the questions it raises and does not attempt to end on any hopeful note. While the work of the FBI’s investigation of the gun-tracing task force is finally winding down, Nicole’s broader efforts don’t follow such an orderly trajectory. Ultimately, the series suggests that it will take several generations to solve the problems of policing in this country, if they can be solved.