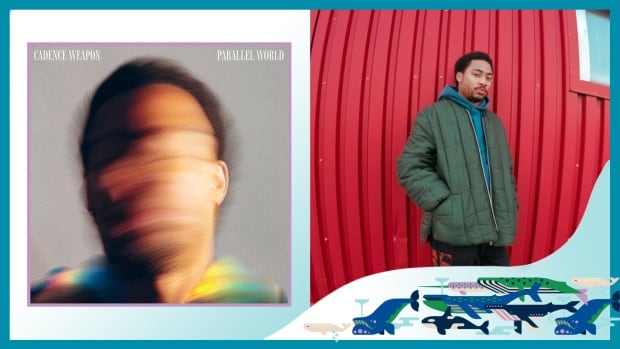 On the parallel world of Cadence Weapon, every song is an audio essay

Cadence Weapon is no stranger to the Polaris Music Prize shortlist. In the past, it has been shortlisted once for the award and twice shortlisted, for Breaking Kayfabe (2006) and Hope in the city of dirt (2012). This year he adds another shortlist nomination to his name with his album Parallel world, alongside other shortlisted DijahSB, Mustafa, Tobi and more.

As the world suffered social and political awakenings at the height of the pandemic, Cadence Weapon, named Rollie Pemberton, wanted to force the world to listen more. Parallel world is an exploratory, moody 26-minute rap album that uses distinct references to the experiences, histories and archives of black people in Canada. Some have called it dystopian and dark, which the artist admits he finds frustrating.

The album begins with “Africville’s Revenge,” an ode to the nearly 150-year-old black community in Halifax that was demolished in the 1960s by the city of Halifax. The song was inspired by its new neighborhood, Little Jamaica, a cultural heritage site that has been affected by gentrification, the construction of public transportation, and the City of Toronto’s failure to claim it as a protected heritage district. .

In his song “Eye to Eye,” Pemberton explores the feeling of being an outsider, referring to Toronto songwriter Desmond Cole The skin I’m in: a year of black resistance and power when he raps, “I tried to fit in / I tried to get in where I fit in because of the skin I’m in.” Parallel worlds was inspired by a wide range of music, literature and art by black creators, such as the 1971 album by Sly & the Family Stone There is a riot going on, and the novel 2017 Why do I no longer talk about race to whites by Reni Eddo-Lodge. For Pemberton, the album is the result of a period of pandemic-induced self-reflection that saw him recreate new ways of communicating with an ever-changing world. It is also a way for the artist to educate listeners.

When Pemberton isn’t making music, he writes essays. Last year he started writing his next book, Bedroom rapper, whose release is scheduled for 2022. In his eponymous newsletter, he dissects music, politics and changes in the media landscape. Most recently, he wrote about the holdings that come with being a black artist in Canada, signing a 360 deal – a business relationship between an artist and a music company that promises to cover all expenses in return. by an increased percentage of the artist – at a young age that impacted his career and how isolated that moment was.

CBC Music spoke to Cadence Weapon about these challenges, their Polaris Music Prize nomination, and the inspiration behind Parallel world.

Congratulations on your fourth Polaris Music Prize nomination and your third shortlist appearance. How are you?

I feel amazing. It’s very significant for this album. During the pandemic I gave it my all on this drive in a way I don’t think I had the ability to [do] in the past. Everything is slow[ed] down – having no shows, no distractions – in a way that benefited my process. I wanted to do something for each song – for me, unfolding has become that kind of art form in itself. Seeing him get to this point where I’m on the shortlist means a lot because the last time I was on the shortlist was [in] 2012.

I noticed a few references to black literature throughout the album, such as an ode to the Desmond Cole song. The skin I’m in on your track “Eye to Eye”.

It is a direct reference. He inspired me. I was very inspired by the original article he wrote for Toronto Life [in 2015]. I felt so seen. I have already had these experiences. It gets to the point where you think, “Oh, maybe I did something to make the police want to come to me, maybe it was my fault.” Desmond realizes that there is an institutional systemic problem, and that’s what inspired me. During the pandemic, everyone in my life who is not black [said] I’m noticing this stuff for the first time. [But] I’ve been living with this shit forever. I felt like a conspiracy theorist. I [would say] I swear it was a micro-assault. No one believed me. And then finally, everyone sees what I see. It encouraged me to go further on this album.

I appreciate your reference to black writers in the UK. The experiences of blacks in Canada are so often compared to those of our neighbors in the United States, but we can draw more similarities to the experience of black British, I think.

We are always compared to the American experience. I have a bit of both because my dad is American. The thing people always said, “Oh, you know, it’s not that bad in Canada”. We know this is not the truth; the difference is that people here do it with a smile.

Tell me about the first song on the album, “Africville’s Revenge”.

This track is the result of research I was doing for an article I wrote for Hazlitt on Little Jamaica in Toronto. I live on Eglinton West and I became very passionate about the area and started to delve into the history of the LRT construction. I was blown away by everything I learned and realized that this was not just an isolated situation where gentrification based on public transport occurs. This has not only happened all over America, but it is happening a lot in Canada in similar situations. And that’s how I got more interested in Africville, which I never heard of in school. I never [learned] about black people who did anything during my childhood in Canada. I only hear about this community [and what] happened a few years ago. This song, for me, is about black Canadian history, preserving it and sharing that information. The idea of ​​”Africville’s Revenge” is that black Canadians are doing well. You deprive us of the right to vote, put us in a community that is just surrounded by all your most unwanted things, [a] dump … and again we get up.

It seems that there were a lot of cultural producers in your family growing up. How has that shaped you and your creative work?

My mother was born in Edmonton. She went to Shaw University [a historically Black private university in North Carolina] where she met my father [Teddy Pemberton], originally from New York. He marries this woman from Edmonton and moves out[d] over there. It’s a bit of a culture shock. But, you know, he ends up creating this hit radio show on CJSR-FM [a campus community radio show based out of the University of Alberta] called The black experience in sound. He was solely responsible for playing rap on the radio [in Alberta].

Even today, in Edmonton, people [say], “Your dad is the reason I got into rap.” It was a great background for me; that’s what I was hearing at home: all kinds of funk, R&B and early rap. He was very theatrical. He opened his sets with the 2001 Space Odyssey [theme song], go to “New York State of Mind” by Nas, then end with Phyllis Hyman. He [had] a mashup DJ mindset because he played everything. He would play Jimi Hendrix – he snuck into Woodstock as a kid and [was] obsessed with him ever since. Maybe that’s why I’m a little eclectic with my music. This is what is normal for me.

What are you hoping for Parallel world will offer listeners?

I made this album want[ing] there must be more than one way to play each song. I wanted it to be audio trials. I appreciated all the responses from the listeners because they see all of these things that I never expected. i love these people [are] find their own depth in what I do. But precisely, this idea that this album is so dystopian, noisy, [and has] dark themes. I send the world back to you. It’s like that. This is how the world sounds to me. It’s dark – have you looked outside lately? I want people to remember something from every song.

I left all these crumbs of literary references – as you picked it up. I want people to learn something. I want him to live in people’s lives outside of music.

You recently wrote about your experience as an emerging black rapper in the Canadian music industry. What prompted you to share this story?

I think I was a little emboldened seeing Britney [Spears] speak out. I saw parallels in my situation in his. I am in a situation in my career where I am no longer as vulnerable as before, and [I want to] move on in my life so I don’t have those old records hanging over me. It took me therapy to get by and [say], “It’s not your fault.” I never [want to] hear another person say they had [a 360] agreement. I want to be an uplifting story for people. The fact that I’ve been able to come back, be relevant, and reach a similar level to what I once had has shown people that you can do more than you think. I want to inspire young artists to [understand] there are a lot of things you can do without a manager. You can go far – like a shortlist [nomination] for Polaris without manager.

Don’t miss Short List Summer: showcase the entire season of the 10 albums pre-selected for the Polaris Music Prize 2021. Read the weekly Polaris Spotlight article on cbcmusique.ca/polaris and tune in to The Ten special every Sunday night at cbc.ca/listen.