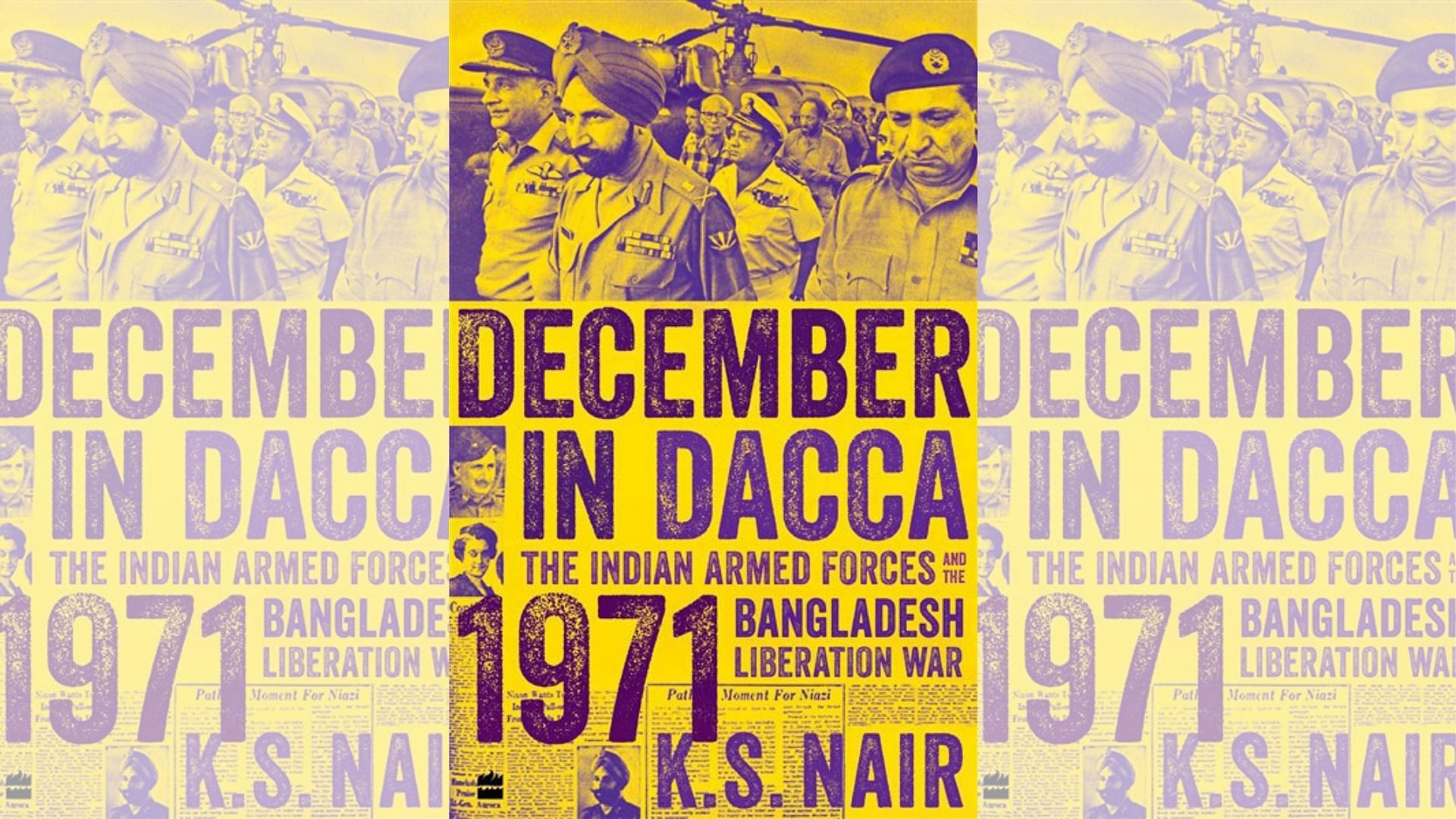 New Delhi: A deep dive into India’s outstanding role in the 1971 Bangladesh Liberation War is the subject of a new book’December in Dhaka‘ by KS Nair, who wants to shed light on a little publicized aspect of the war in the country.

Published by HarperCollins India, the book will be released on April 18 on Softcover, ThePrint’s online site for launching non-fiction books.

Hailing the 1971 Indo-Pakistani War as India’s “most comprehensive military victory” after independence, Nair, in his latest offering, argues that the war should not be known solely for its success with arms, but also as a “diplomatic success against all odds, and in certain areas still little known but essential, more than both”.

The book strives to be the first publication to combine military and non-military stories that took place during those pivotal years.

Arguing that the success of the Bangladesh Liberation War should be “remembered differently”, Nair draws attention to the disparity in the level of respect given to a “justifiable war” such as World War II, unlike other wars , including the 1971 war.

“The Bangladesh Liberation War should be remembered better, and I would say, in some ways, differently. World War II is widely accepted as a justifiable war, and its young participants are deified as the greatest generation. I am still struck to see how well the Second World War is remembered, especially in the countries that were its victors, and how similar respect is rarely given to other wars,” writes the author.

The book further attempts to examine the series of military coups and political assassinations that Bangladesh suffered from 1975 to the early 1980s, which were for some time seen as “a repudiation of Indian success (yes, from India)” in 1971.

“December in Dhaka is a refreshing and intriguing melting pot of known near-genocide landscapes; of war and conflict as it unfolded on two fronts and individual stories of bravery and heroism. What sets him apart is his examination of the 1971 war through an ethical lens, and his argument that India gave up high moral values ​​quite easily and did not carry over the gains it accrued. of stupendous victory in his own nation-building journey,” wrote Air Vice Marshal Arjun Subramaniam (Ret’d), President’s Excellence Chair, National Defense College, New Delhi.

“Nair has managed to find living tissue in the corpus of a dying written war. Superbly filled with many missing treasures that make it worthy of our fiftieth year of victory,” wrote journalist Shiv Aroor.

KS Nair is the author of two previous books – Ganesha’s Flyboys: The Indian Air Force in Congo, 1960–62 and The Forgotten Few: The Indian Air Force in World War II – and numerous articles in Indian, British, Canadian, Japanese and American. publications and websites. He is a graduate of IIT-Delhi and IIM-Bangalore, and has held senior positions in multinational corporations, boutiques and development agencies.

Read also : New book traces the story of Parukutty Neithyaramma, the unsung female icon of the Kingdom of Cochin

A Survivor’s Account of the Brooklyn Subway Shooting: “The Longest Thirty Seconds of My Absolute Life”