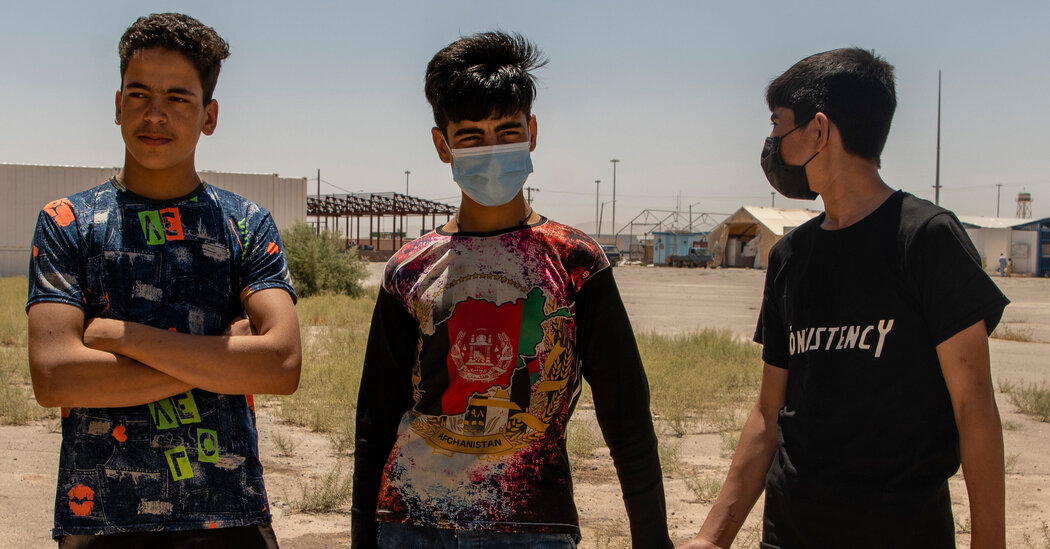 Lesson for the day: “What will become of the Afghan generation after September 11?” “

This lesson of the day will help prepare students to participate in our live panel on September 30 at 1 p.m. EST on how September 11 shaped the generation that grew in its wake. You can register for the event here, and you can submit your questions here – we could use them during the panel.

Featured Article: “What will happen to the Afghan generation after September 11?“- a photo essay by Kiana Hayeri

In April 2021, President Biden announced that US troops would withdraw from Afghanistan by September 11, 2021. Following the announcement, Kiana Hayeri, a photojournalist, began documenting the end of 20 years of occupation of perspective of young Afghans who grew up in the decades following the US invasion in 2001.

In this lesson, you will see how six young people who had lived in a world of new freedoms and opportunities suddenly found themselves in a world changed with the rise of the Taliban. Then you will write a letter to one of the young people in the article, or their families, sharing how you connected with their story.

Discuss in class or in small groups:

If you need more information or background on what’s going on, start with our Lesson for the Day on America’s Longest War – Its Causes and Consequences.

The featured article focuses on youth stories. Watch this video of three young women sharing their stories of life in Afghanistan now, then answer the questions.

Questions for writing and discussion

Read the article, then answer the following questions:

1. The authors describe the ways in which the lives of young Afghans are changing rapidly. What is an example or description of the introduction that helps you understand and visualize these changes?

2. The article begins with the story of childhood friends, Karim, Gul Ahmad and Saeed. What is one of the ways you connected with their story of work and friendship? Pick an image and quote that you think best illustrates this theme.

3. When asked what he wanted to be when he grew up, Gul Ahmad laughed. According to the article, why do you think he answered this way?

4. What were Esmat’s hopes and dreams for himself and for his family? Why do you think Esmat both hoped for a future, but was also aware that he might not live to see the future? Does this make you think of anything else that you have read, seen or experienced?

Understanding the Taliban takeover in Afghanistan

Who are the Taliban? The Taliban emerged in 1994 amid unrest following the withdrawal of Soviet forces from Afghanistan in 1989. They used brutal public punishments, including flogging, amputations and mass executions, to enforce their rules. Here’s more on their origin story and their record as leaders.

Who are the Taliban leaders? They are the main leaders of the Taliban, men who have spent years fleeing, in hiding, in jail and dodging American drones. Little is known about them or how they plan to rule, including whether they will be as tolerant as they claim. A spokesperson told The Times the group wanted to put their past behind them, but there would be restrictions.

5. How did the subject of the play Maryam starred become even more relevant to her and the other actresses? What does this story demonstrate, both in real life and in the world of the play, about the fears that young women, like Maryam, have?

6. How did Naser Khan take a stand for his country? How did that put him in a dangerous situation during the American withdrawal?

7. The article ends by describing Kiana Hayeri’s last days in Kabul. Reading his experiences leaving Afghanistan, what more do you want to know? Think of a question you would like to ask Ms. Hayeri and submit it as a 30 second video using this form.

In the featured article, 17-year-old Maryam told Kiana Hayeri, the photographer: “If you write about this, please talk about the situation in Afghanistan. Why do you think Maryam felt it was important to share this with Ms. Hayeri? And why do you think Ms. Hayeri chose to include her plea in the essay?

Write a letter to one of the youth in the featured article. In your letter, tell that person what you learned from the stories and photographs of young people in Afghanistan. You can share how you felt as you read the words and see the faces of the people who live there now, and you can also let the person know how you personally connected with the stories you read. Then ask a question or two about that person’s life or current situation.

You can share your letter in the comments section of this article.

Learn more about the Daily Lesson here and find all of our daily lessons in this column.