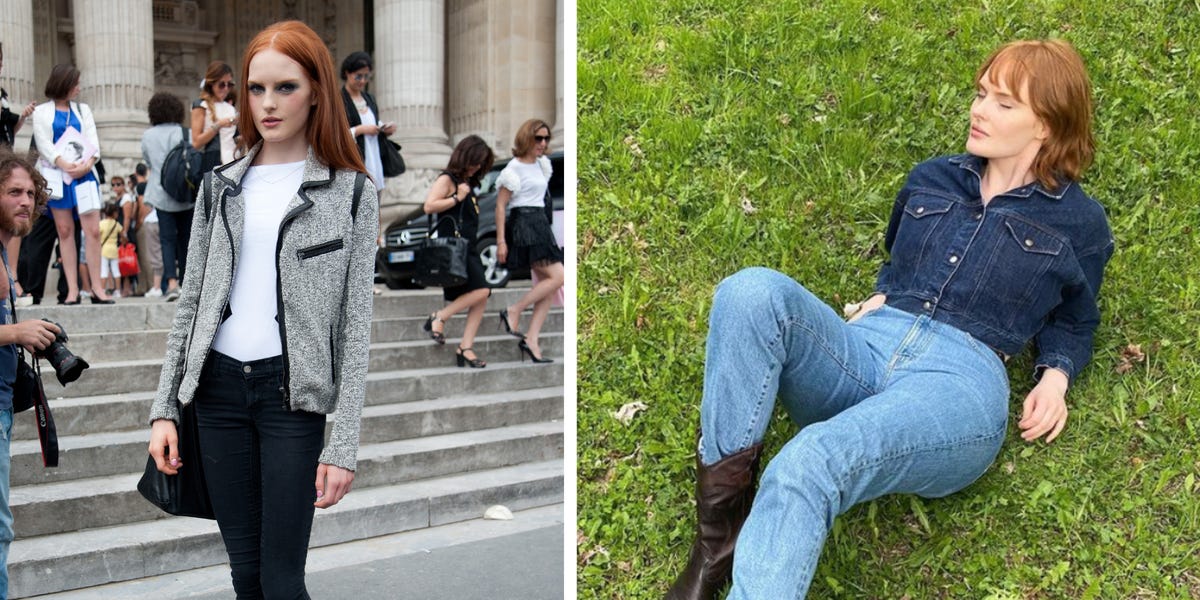 Karoline Bjørnelykke shares her experience with the modeling industry

Editor’s Note: This story is about eating disorders and may be triggering for some readers.

This as-told-to essay is based on a conversation with model Karoline Bjørnelykke. It has been edited for length and clarity.

I was never the cool kid in school, so when I was scouted to be a model at 15, I was really surprised.

I worked in high fashion throughout my teenage years, walking the catwalks Paris fashion week in 2012, and moving from my home in Norway to model abroad. It was weird because I went from feeling like no one wanted to talk to me to being invited to lots of events where everyone wanted to be my friend.

Things went wrong pretty quickly. While away from home, I went on an extreme diet to maintain my figure. I’ve struggled with anorexia since I was 12 because although I wasn’t overweight, I was naturally a bit taller than other kids in terms of height and build, so I was bullied by my peers. The extreme diets of my early years as a model made my eating disorder worse.

I came back to Norway five years ago and started focusing on good nutrition and weight gain. I’m now a size 8 in the US — I used to be a size zero — and I work as a plus-size model, which can refer to anyone larger than a US size 6 in the fashion industry.

I joined TikTok in 2021, and I used my platform to talk about my experience in the modeling industry and warn people about how problematic and fatphobic it can be in my opinion.

One of my most vivid memories of working in high fashion is being taken to the supermarket by people in the industry who were responsible for booking jobs for me and other models. They pointed to different foods in the store, telling me what I could and could not eat from there. They said I could eat low-calorie food, like zero-calorie jelly, and also said I was allowed a potato on Saturday as a kind of “cheat day”.*

I felt like I was constantly humiliated by people in the fashion industry. I remember being measured for a job and told that even my fingers were too “big” and that I needed to lose weight around my hips. It took away the spark and the enthusiasm, and it was really bad for my mental health. I started to realize how stupid it all was and eventually went home because I had just had enough.

When I got home and saw my doctor, I realized how serious my condition was and I knew I didn’t want to be like this anymore.

As I continued to recover and feel better about myself, I started seeing other people talking about recovering from their own eating disorders on Instagram, Pinterest and eventually, as it started to explode , TikTok.

I was browsing TikTok one day when I came across a user sharing her experience of recovering from her eating disorder.

I realized there was a whole community on the app of people who had similar experiences to mine, and it was great to see them so much happier and healthier.

While some people have criticized TikTok for allow people to post content promoting eating disorders and I am aware that there is a risk that the content will trigger some people, I think the recovery inspiration videos can be useful for others.

TikTok eventually inspired me to share my own experiences, and I started by posting transformation videoswhere I was showing clips of myself as a high fashion model, compared to what I look like now as a plus size model.

They are now part of my more seen videos. I think people really like transformation videos because they want to watch until the end to see how far that person has come, and most of the comments I get under these videos are pretty positive and encouraging.

I started telling my viewers stories about my current experience as a plus-size model, to show what it’s really like for me. For example, I shared that once upon a time sent home from a job because they thought I was too tall, and sometimes I’m asked to wear padding for bigger photoshoots to make me look taller, a practice that some other models also have speak.

I think it’s so weird that the industry considers me a plus size model just because I’m not a size zero anymore. I think having these labels and distinctions makes no sense and is as stupid as saying “tennis player” instead of “tennis player”. I think the industry deserves some criticism, which is why I want to talk more about it.

Sure the fashion industry has improved since I started modeling in 2011 in terms of diversity and inclusion but overall I think they still have a long way to go .

For more stories like this, check out Insider’s digital literacy team coverage here.