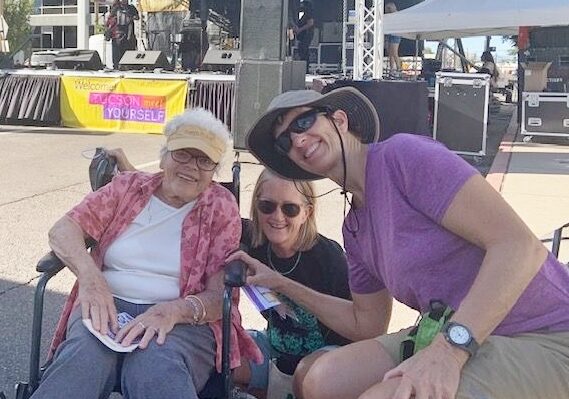 Journey to Arizona Delights; The return of Symphony Pro Musica

HUDSON – Your columnist enjoyed a week’s vacation in Tucson, Arizona, October 3-10, enjoying the sounds, smells and sunshine of the beautiful American Southwest and the warm hospitality of my hostesses, my daughter Julie Rimkus and his wife, Camille Derricotte.

The highlight of the week was downtown Tucson Folklore festival “Meet Yourself”, featuring costumed artists of music and dance from Native Americans, American bluegrass, South America, China, Ireland, Japan, Scotland, Philippines, and more. Not only the performances, but the people watching was so much fun!

I also enjoyed walking on the water in the outdoor lane of the Tucson Tennis Club pool as Julie swam, driving south towards the Mexican border to Lake Patagonia State Park to enjoy her water. limpid lake and discover superb religious sanctuaries lit in the red rocky canyon by the side of the road, whose historical sign told us that it had been created in the 1940s in thanks for the safe return of the sons of a family of World War II.

At the Tucson Desert Art Museum, we marveled at the “Southwestern masterpieces” which included textiles, ceramics, Native American jewelry and a stunning photographic essay of the “Dirty Thirties,” documenting the conditions of the sharecroppers, displaced sharecroppers and migrant farm workers. .

Another surprise from Arizona was a five minute downpour that rained on our side of the street, while the sun prevailed on the other side. Unbelievable!

While my hostesses worked, I enjoyed reading, doing crossword puzzles, playing tennis on the TV, and watching a tiny hungry hummingbird at their feeder. It was a great vacation!

The return of Symphony Pro Musica

After a long absence due to COVID, the critically acclaimed Symphony Pro Music returns live on November 13-14, with the return of world-renowned cellist Zlatomer Fung.

Fung was a gold medalist at the International Tchaikovsky Competition and this will be his fifth participation with SPM.

Founder / Director Mark Churchill will lead for his 39e year.

The first performance will take place on Saturday, November 13 at 7:30 pm in the “Skip” Johnson Auditorium at Hudson High School. A second performance on Sunday November 14 at 3:30 p.m. will take place at Mechanics Hall in Worcester. For more information call 978-562-0939 or go to www.symphonypromusica.org.

The statue of the Virgin Mary, located for many years in front of the former Hudson Catholic High School on Main Street, has been moved to St. Michael’s Parish Cemetery on the Cox Street side. The statue was originally donated to the parish in memory of the late Dr. Arthur G. Richer, by his family. 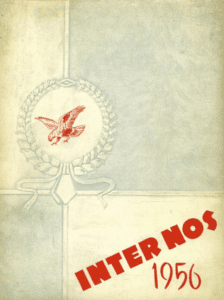 Members of the Hudson High School classes from 1955-56 held joint reunions earlier this month, celebrating their 65e and 66e year since graduation. The class of 1956 met at Finnegan’s Pub on South Street. They also joined the Class of 1955 the following night at the Bolton Street Tavern.

The Historical Society will host the presentation “High technology in Hudson”

Hudson resident Paul Delvy will speak about “High Tech in Hudson” at the next Hudson Historical Society meeting on Tuesday, October 26 at 7 p.m. at First Federated Church Hall, 200 Central St. Delvy will illustrate the many ways in which Hudson was instrumental. in technology development, including with Digital Technology Co., Honeywell, Intel, Wang Labs and others. President Christine DeMare invites members and friends to attend. Refreshments will be served.

Marie Mayo was the Hudson High School columnist in the Hudson News-Enterprise.

Elaine Beede was back at Bates College after spending her freshman year in Britain.

Special greetings to Dave O’Neil from Hudson who will be celebrating his 95th birthday on October 25th.

A donut shop run by aliens