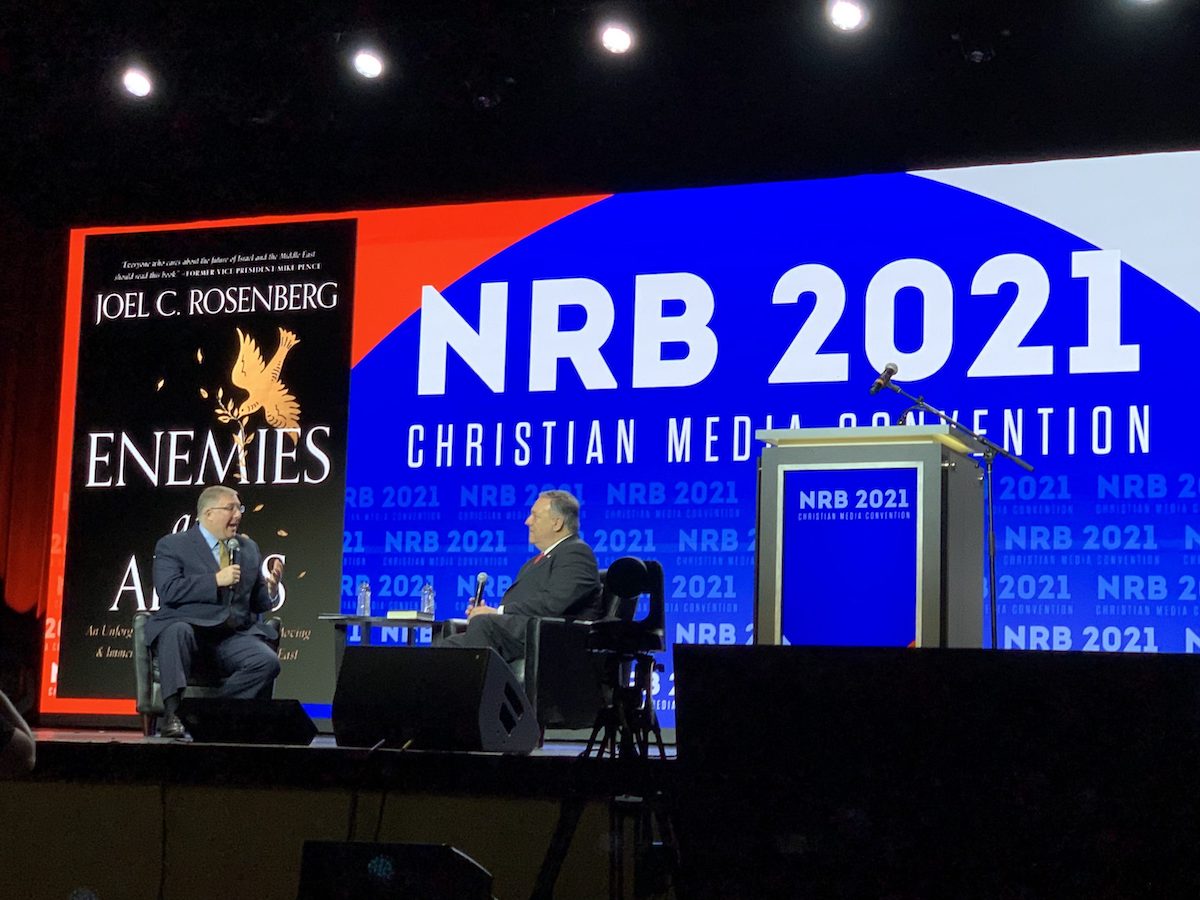 “Enemies and Allies,” slated for release on September 7, 2021, from Tyndale, skillfully and clearly explains the importance of the sometimes encouraging, sometimes violent, but rapidly changing landscape in Israel and the Arab-Muslim world. The book explores vital questions about threats and peace efforts 20 years after the September 11 terrorist attacks on the United States, given Iranian threats, violence in Israel, and the Abrahamic Accords.

The book includes exclusive, never-before-published interviews, insights and analysis of Rosenberg’s conversations with some of the world’s most complex and controversial leaders, including Pompeo, which graces the first chapter of the book. Other leaders include:

â€œWhat is happening in the Middle East – for better or for worse – affects the whole world,â€ Rosenberg said. â€œThe Middle East and North Africa are the epicenter of important events that shake our world and shape our future. Two decades after the horrific terrorist attacks on the United States on September 11, 2001, which once again shifted our attention to the Middle East, the region is undergoing profound and historic tectonic transformations. We ignore them at our peril.

Rosenberg argues that “it is this same existential Iranian threat that is forcing the Arab rulers together to fundamentally rethink: ‘Who are my enemies and who are my allies?’ and one by one they conclude that Iran is their greatest enemy and that Israel should be one of their most important allies. This is a big reason why in 2020 alone, four Arab-Israeli peace and normalization treaties were concluded. “

â€œAttitudes are changing – not just on the streets but also in the palaces and corridors of power that few outsiders ever see,â€ Rosenberg said. â€œThis is the first book to tell the story of what is happening in the Middle East. Daily media coverage of specific events is pointillism. What is needed is the context. That’s why I wrote this book. I will take you inside the royal courts and capitals and introduce you to the most powerful figures in the region. Whether we love them or hate them, it is the actors who drive the change. They are the leaders to watch. “

Having started his career as a political assistant in Washington, DC, today Rosenberg, an evangelical Christian of Jewish origin, lives in Jerusalem. He is the New York Times bestselling author of 15 novels and five non-fiction books and is the founder and editor of the news platforms All Israel News and All Arab News. He also hosts the podcast “Inside The Epicenter With Joel C. Rosenberg”.

â€œThe change underway in the Middle East and North Africa is happening quickly and furiously – and it is far from over,â€ said Rosenberg. “I hope that once this book is completed, you will gain a better understanding of the immense challenges facing the nearly 600 million people who live in this region and how your future and your fortunes are inextricably linked with theirs.”

For more information on “Enemies and Allies” visit JoelRosenberg.com.

Joel C. Rosenberg is a New York Times bestselling author of 15 novels and five non-fiction books, with nearly 5 million copies sold. He has been interviewed by, or written for, hundreds of media outlets and has been featured by The New York Times, The Washington Times, and The Jerusalem Post. A Syracuse University graduate with a BFA in Film, he and his wife Lynn live with their family in Jerusalem.

Tyndale House Publishers, founded in 1962, is the world’s largest private Christian publisher of books, Bibles and digital media. Tyndale products include many New York Times bestsellers, including the popular fiction series Left Behind by Tim LaHaye and Jerry B. Jenkins, novels by Francine Rivers, Karen Kingsbury and Rosenberg, as well as many non-fiction books. fiction.

Disclaimer: The views and opinions expressed in this article are those of the authors and do not necessarily reflect the official policy or position of Religion News Service or the Religion News Foundation.

From my library to yours: Gurwitch’s book: “true downward mobility” or good reading?

GradeMiners review and its best alternatives