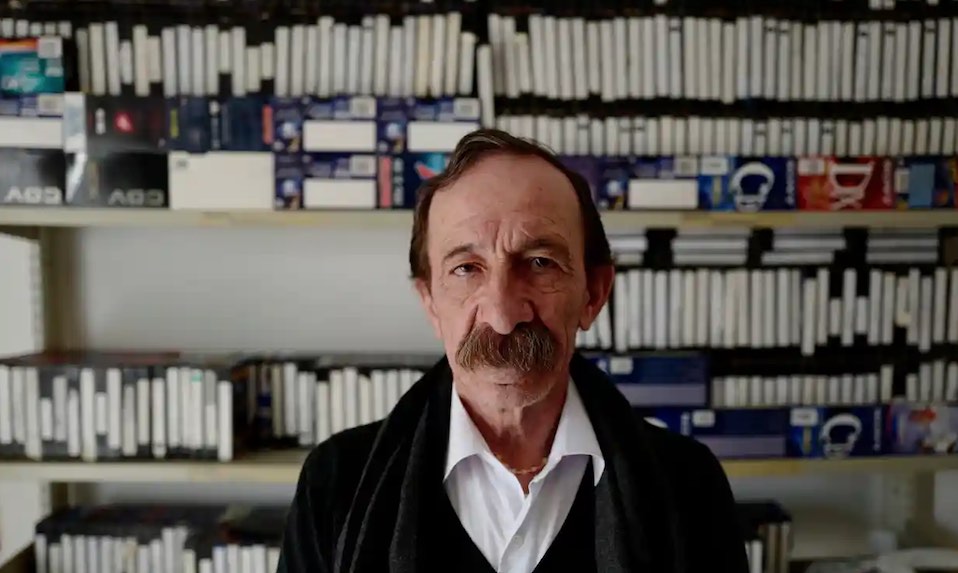 How we did it: the Netlix mafia series from Nutopia & Mon Amour

Nutopia has teamed up with the Italian producer Mon Amour to create Vendetta, a six-part dramatic story of the contemporary Sicilian Mafia. Pippa Considine spoke to the show’s executive producers about the challenges of this Anglo-Italian production which started in development with Amazon but found a home on Netflix.

Think back to 2017. The streamer revolution was beginning, the epic documentary market was growing. At the same time, Nutopia wanted to expand beyond its specialized factual core.

Enter the Italian filmmakers Ruggero Di Maggio and Davide Gambino, with a test tape of a protagonist of a mafia drama. “You couldn’t look away,” says Nicola Moody, executive producer at Nutopia. “You could immediately tell that he was an extraordinary documentary character.” In 2017, Trump was elected; Russian hacking stories were rife. “The universality of this subject seemed absolutely crucial to me… Corruption at the heart of our institutions.

An agreement with Netflix

Fast forward to September 2021. With competition for viewers intensifying, a six-part documentary series Vendetta: truth, lies and the Mafia fits perfectly into Netflix’s strategy to go local, with great stories that could resonate internationally.

A combination of traditional observational documentary, investigative journalism and audience drama, the cast is led by two powerful characters, both ostensibly leading the fight against the Sicilian Mafia and both accused of the very crimes against which they have been fighting for decades. Outspoken journalist and television host Pino Maniaci and Palermo court judge Silvana Saguto are also sworn enemies.

Amazon originally developed the series; Netflix took it over in the spring of 2021. “Amazon Studios Europe was involved in the project before pulling out,” Amazon said in a statement. “They remained supportive of the series and the idea of ​​Vendetta finding a new producer and broadcast partner.”

Lucy Leveugle, Head of Netflix EMEA on Non-Fiction and Giovanni Bossetti, Head of Unscripted Series and Documentaries at Netflix Italy worked closely on the series. “It was a real creative partnership,” says Moody. “We felt like we were in the room with them.

Di Maggio and Gambino recognized the timeliness of history 15 years ago when they started following Maniaci. In 2017, at a pivotal moment – as the trials for Maniaci and Saguto loom – production came together to create a high-end documentary series.

Showrunner David Herman has a history of working with criminals and law enforcement. “When I got there Nicola said it would be the hardest streak you’ve done yet and I laughed… ..but she was right.”

The production was based in Italy, with the editing in London at Envy. It was decided that the producers and directors should be Italian-speaking. “It’s impossible to make an intimate, appropriate, observational observational documentary if we don’t speak the language,” says Herman.

Four DoPs – two Italians, two British – recorded in 4K, using a trio of cameras: the Panasonic EVA, the Panasonic GH5S and the Sony FS7. The sound was 2.0 stereo and 5.1 surround sound.

The production took place after three different perspectives: the documentary element of observation, following the protagonists, their families and their lawyers filmed by hand and designed to be truly intimate; the drama of the courtroom; and, in the background, the landscapes of Sicily. “A local drone operator in Palermo was a genius,” says Herman.

One of the biggest challenges was to collect the enormous amount of material. Di Maggio and Gambino had been filming since 2005. Then there were the images of the Telejato television channel from Maniaci, which he had taken over in 1999 and which he broadcast two hours a day. Not to mention the archive images from other sources.

Nutopia had a team of editing assistants and translators in Italy and the UK. A first edition lasted two months, sifting through the archives. “We had huge teams of people,” says Herman. Everything had to be recorded from the Telejato archives, then the selected material had to be translated and subtitled for the editing team.

Archiving was important, but “we really didn’t want this to be a historical movie,” Herman says. “We wanted it to be a drama unfolding where two people fight for the soul of Italy… We were aiming for Tiger King, with that level of access and drama.”

Legal proceedings began in 2018. The production gained access to the Palermo courtroom for the Maniaci case. “We had about seven cameras and we could put a mic anywhere we wanted… we could cover everything,” says Herman. In Seguto’s case, they were only able to participate in a small number of hearings, but these included his testimony and the verdict.

Herman himself traveled regularly between Palermo and London, where there were six or seven editions going on. . “The management of the project was huge,” says Herman. He would have daily conversations with Moody and series producer Kevin Hull about the evolutionary form of the episodes.

Composer Nitin Sawhney suggested themes early on in the production process and stayed close to the project throughout the edit. “His music elevates the story, it gives it that cinematic feel,” Herman explains.

Crucial legal advice for the production came from a team of Italian, British and American lawyers, who looked at every line.

When the lockdown came in March 2020, court cases were not finished. The British team returned home, leaving the Italians to shoot the final sequences, until April 2021, when Maniaci’s verdict was delivered. Producer Flaminia Iacoviello stepped in and directed the final episode.

Produced by: Nutopia in association with Mon Amour Films

This article appears in the fall issue of Televisual. Subscribe to Televisual here.