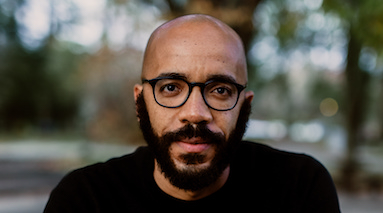 “How the Word Got Through: A Reckoning with the History of Slavery Across America” ​​by Clint Smith illustrates how some of our country’s most vital stories are hidden in plain sight and how much we can gain from it. listen to them. The book is part of the Go Big Read 2022-23 selection.

An editor at The Atlantic, Clint Smith’s essays, poems, and scholarly writings have appeared in The New Yorker, The New York Times Magazine, The New Republic, Poetry Magazine, The Paris Review, Harvard Educational Review, and other publications. Carletta Girma

In his non-fiction narrative debut, Smith visits eight sites, including his hometown of New Orleans; Monticello by Thomas Jefferson; New York City; and Angola Prison, using archival research as well as interviews to dig deep into the past and offer an intergenerational story of how slavery played a pivotal role in shaping history and the collective memory of our nation.

“Smith takes readers on a tour of the places we’ve read about before, but shows the people and stories behind them that history has so often left behind,” said Chancellor Rebecca Blank. “It reminds us of how much we can learn from our past and the importance of honoring those who came before us.”

“How the Word is Passed” has been named to numerous Best Books for 2021 lists, including New York Times, Washington Post, Boston Globe, The Economist, Smithsonian, Esquire, Christian Science Monitor, TeenVogue and Publishers Weekly. , Kirkus, and by the New York Public Library and the Chicago Public Library. It won the National Book Critics Circle Award for Nonfiction and was one of former President Barack Obama’s favorite books of 2021. 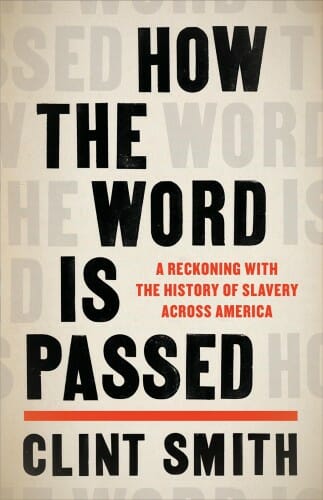 A writer at The Atlantic, Smith earned his BA in English from Davidson College and his Ph.D. in Education from Harvard University. His essays, poems, and scholarly writings have appeared in The New Yorker, The New York Times Magazine, The New Republic, Poetry Magazine, The Paris Review, Harvard Educational Review, and other publications. Smith’s two TED talks, “The Danger of Silence” and “How to Raise a Black Son in America,” have collectively been viewed more than 9 million times.

“It was as a teacher that I began to fully appreciate how the history of this country has shaped the landscape of my students’ communities, from slavery to apartheid Jim Crow to through mass criminalization and beyond,” Smith writes. “I realized that those conversations with my students, now a decade ago, about how we might begin to understand our lives in relation to the world around us were among the first sparks of this book. tried to write the kind of book that I would have liked to teach them. I hope I have made them proud.

The Go Big Read program is an initiative of the Office of the Chancellor. It engages community members on campus and beyond in a shared, study-focused reading experience.

Book-related Go Big Read events should include a visit from the author. Planning is underway to determine how students, faculty, and staff will use the book in classrooms and at special events. Copies of the book will be given to first-year students at the chancellor’s call for new students and to students using the book in their classrooms. UW-Madison instructors or event planners interested in using the book can request a print or electronic copy.

How to develop your academic potential and become a better student