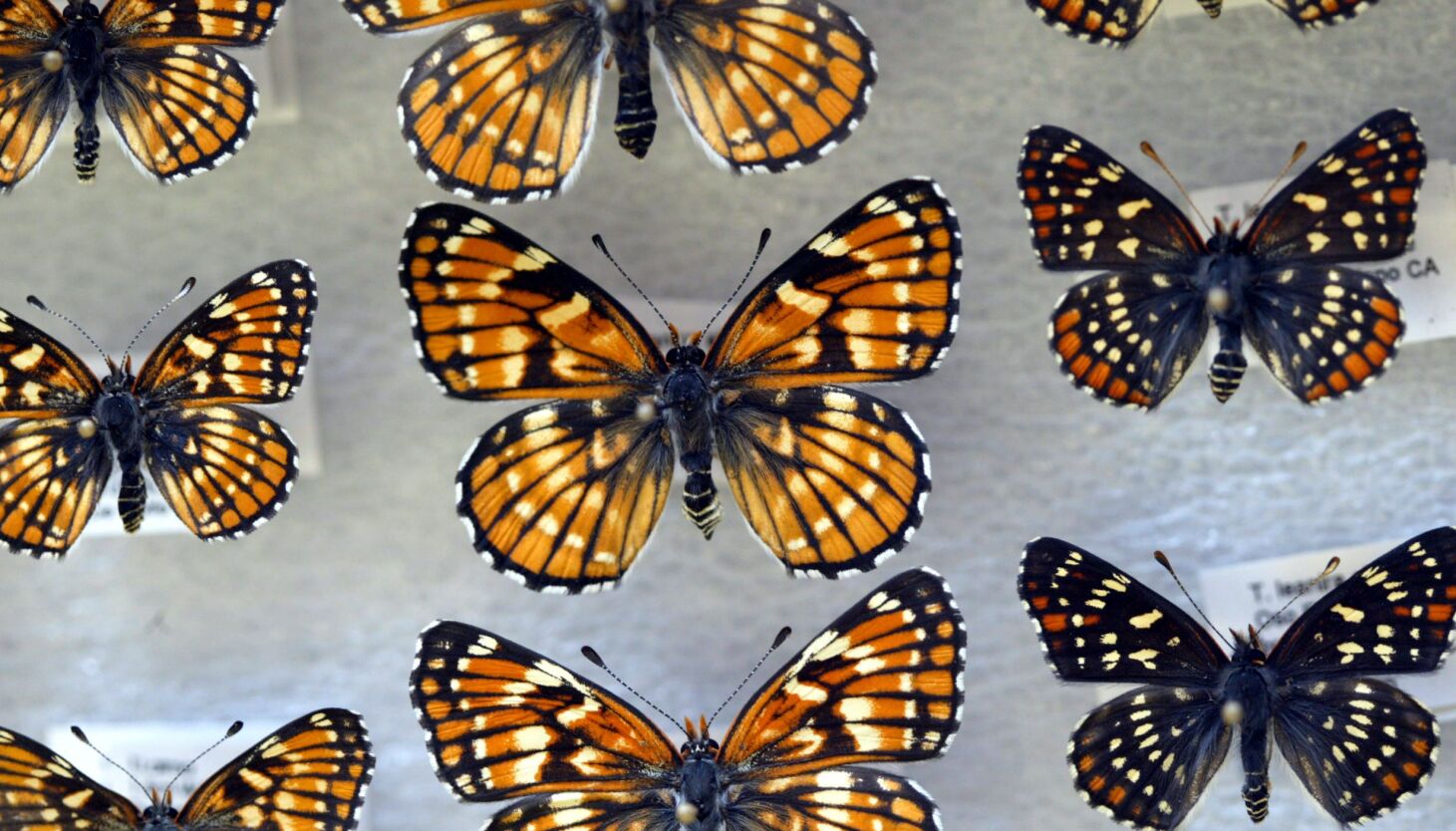 How does a caterpillar turn into a butterfly? | Opinion

“Happy Easter, Reverend Jones!” For starters, do you think Easter is a literal flesh-and-blood resurrection? I have problems with that.

This was the start of a conversation published in The New York Times over Easter weekend in 2019, a conversation that still irks me many years later.

For now, let’s set aside the opportunity to thumb our noses at the premise of the religious faith professed by more than 6 in 10 Americans on that religion’s holiest day. Instead, let’s examine what a prominent physician recently had to say about the literal resurrection of flesh and blood in nature.

It involves the butterfly, but stay with me. The story is not the same as the one we know from childhood: the symbolic metamorphosis of the humble caterpillar into an elegant winged creature. That in itself is astounding. But Dr. Milton Packer, a cardiologist from Texas, explained in his essay “Two Caterpillars in Love” that what happens to the caterpillar on a granular level is even more miraculous than commonly thought.

Writing for MedPage Today, Packer said even scientists marveled at the transformation. First, a caterpillar spends its days eating to store energy for what is about to happen. Then, when the time comes, it is buried in the chrysalis or cocoon in which it will essentially digest itself.

“During the larval phase, the release of enzymes kills the caterpillar and destroys all its organs, turning it into a mushy soup, with nothing left of itself. If you open a larva, there is no sign of the original caterpillar; it has disappeared – except for a few cells (poetically called “imaginal cells”) which survive,” Packer wrote.

“Then, by a miraculous sequence of events, a new set of instructions takes hold and the amino acids of the larval soup are rearranged, carefully and meticulously, into an entirely new organism. Imaginal cells emerge, armed with the genetic instructions for processing.

Things get even more interesting after that.

As the imaginal cells take over, what’s left of the caterpillar’s immune system tries to fight off the “invaders.” It’s not a simple metamorphosis, but “an entirely new organism,” Packer believes.

“The fact that the caterpillar’s immune system attacks the new butterfly cells demonstrates that – biologically – the two insect forms are entirely distinct life forms,” ​​he wrote. “So essentially the caterpillar dies and is resurrected.” (The Smithsonian Channel has a short video that shows the process in amazing detail.)

In his essay, Packer went on to describe how throughout his career he had to comfort grieving families, saying all the right things not to dash their hopes of seeing their loved one again, even though his training in as long as a doctor leads him to believe that death is final.

This is the belief of many people who turn to science when they find it difficult to accept the claims of Christianity or any other religious faith. Show me the peer-reviewed studies, they say. Show me the science. Lately, “I believe science is real” has become a cultural snub expressed in street signs, as if people questioning COVID-19 measures like masking think we’re made of pixie dust. not atoms and cells.

There is nothing to want proof of what one believes. Even the great Christian apologist CS Lewis wrote, “I don’t ask anyone to accept Christianity if their best reasoning tells them the weight of the evidence is against them.

But this Easter weekend, anyone seeking hope that a physical resurrection is possible need not rely solely on what is read in the Gospels at church services. Also believe in science. Believe in butterflies. Faith can go far on two wings and a prayer.

Uncertainty of the Stomach – The Princetonian