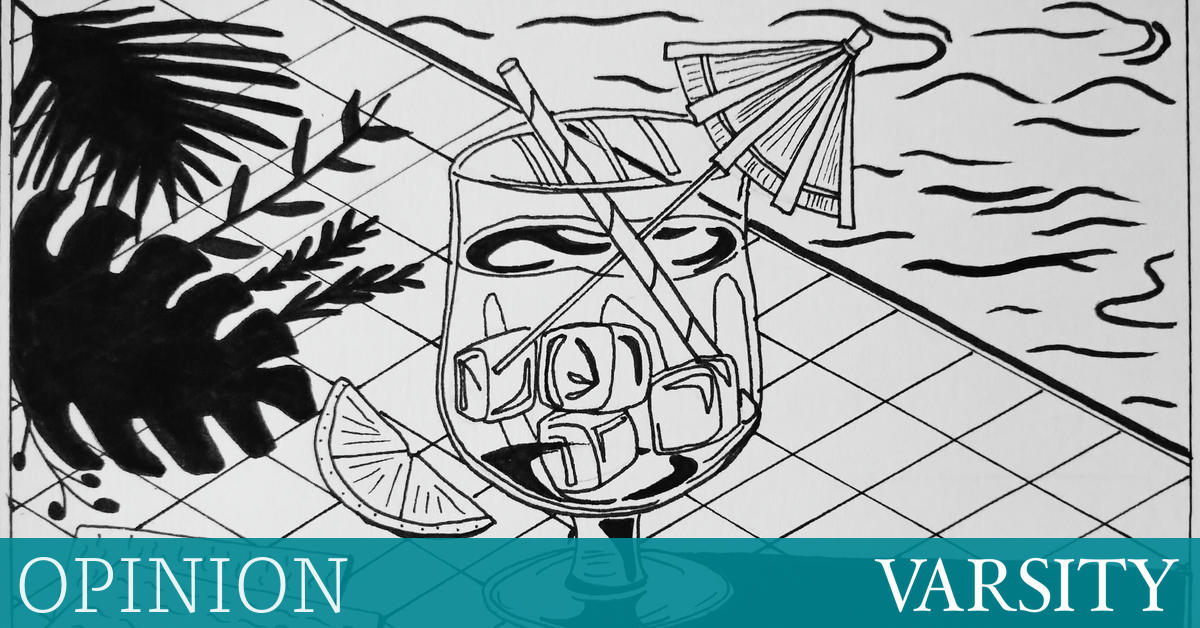 “There is a rather dubious story Told by Roger Stone, sordid asshole that he is, of him winning his staunchly conservative elementary school’s fake election for John F. Kennedy against Richard Nixon simply by spreading a rumor that Nixon was going to introduce Saturday School to the United States. There are, of course, many readings of this political parable that are for an entirely different article but, on the contrary, it highlights just how unpopular the introduction of more time at work is. So defending our long summer vacation puts me in a childishly enviable position. It just seems intuitive that vacations are a good thing, and the longer the better. In fact, I had no idea our long vacation was a remotely controversial topic until the commission for this article came out.

“It’s part of the free time that you just don’t go to other universities. And make no mistake: it’s a privilege.”

Between the end of my exams (rather late) on June 14 and the next school year on October 5, there are almost exactly sixteen weeks. There’s something immensely joyful about watching summer vacation stretch into the distant future. In fact, the Germans have a word for it: Sommerferienewigkeitsgefühl — the feeling that summer vacation will last forever. And while sixteen weeks isn’t forever, it’s certainly a very important time frame to have.

It’s part of the free time that you just don’t get to go to other universities. And make no mistake: it’s a privilege. It can be used productively, giving you more flexibility with internships and time to gain experience that simply isn’t possible with shorter vacations. This is certainly one of the reasons why Oxford and Cambridge consistently retain their status as most employable universities in the UK.

Maybe you’re like me and find it all terribly careerist. Never fear, I’ve got you covered. Last summer, I didn’t do an internship. Instead, I unfortunately pissed off the holidays playing cricket rather terribly for my club. In my defense I needed a break from the shitshow that was e-learning and what better way to spend a summer in god’s country than to play Jesus’ Own Sport?

This summer, I’m not doing an internship again. I hope to be a little more productive than last year; writing articles and maybe getting a head start on content for next year is my current plan. And that’s ultimately the beauty of the Cambridge long summer vacation, you’re free to do what you want with it. They’re there so you can pursue your other interests outside of the notoriously busy term times, because most people are well past their degree.

This is yet another debate that revolves around a peculiarity of Oxbridge: many of them don’t seem to exist for particularly good reasons other than vague gestures towards tradition. Our long vacations and short breaks are not one of them. Oxbridge is meant to be academically challenging and the eight-week terms are a big part of that. Likewise, Oxbridge is supposed to produce more than learned, soulless automatons and long vacations allow time for reflection and development. After all, if you’re content to become an automaton, you can always go to Imperial instead. – Sam Hudson

“As with many quirky Cambridge idiosyncrasies and traditions, the ‘intense’ 8-week tenure and long holiday that comes with it is often worn as a perverse badge of honour. Our late starts and early arrivals is another characteristic that sets us apart from most UK universities and sets us apart from others as much as our screaming university puffers. But as an evolving institution, we owe it to ourselves and to future students to ask ourselves how the much-vaunted “Cambridge experience” is really beneficial.

Arguing against having more vacations seems ridiculous until you consider what we lose in exchange for our long summer vacations. This university does everything to the extreme, and the Easter semester is the perfect example. Beginning with the hazy revelry of C-Sunday, you rush through the final weeks of teaching and exams, hoarding a week of hedonism before packing up and leaving. At most other universities, private house leases end in the summer, allowing students to leave at their own pace once they are ready to return home. We generally don’t have that option, heaping hasty goodbyes with minimal time to cement friendships before the three-month sinkhole, a relevant point given the role social isolation must surely play. in the student mental health crisis rages in Cambridge.

We have little or no time to get some fresh air, catch our breath and enjoy the city that is meant to be our second home – being kicked out of our accommodation to enjoy our “long summer vacation”, leaving at the Summer Trade Conference, is just another facet of Cambridge’s work culture. To my shame, I’ve visited more university libraries than museums in two years here and you can easily spend an entire term without venturing far beyond the same streets.

This works great if the intention is to keep us all on the same blinded path, within the same medieval walls, marching from trial to trial with work as top priority. Work should be a priority, but striking a balance is crucial: a little time to simply exist in Cambridge without the whirlwind of obligations would go a long way, especially for those with complicated family lives who could benefit from the option of more independence without emphyteutic summer lease. And who knows, maybe patronizing “town and dress” relationships would improve if Cambridge students had time to get to know the town we live in.

While long vacations allow students to earn some money and decompress from the stresses of the year, couldn’t we all be a little more rounded if we blur the line between Cambridge and home, breaking the association rigid Cambridge with a grueling (and sometimes play-hard) lifestyle? Maybe then we wouldn’t be need four months to recover from the sacred “intensity”. Before we sacrifice the possibility of a more productive and realistic relationship with the city on the altar of Oxbridge’s exceptionalism, let’s decide if this particular exception is really the one we should be celebrating. – Alex Levy

We are therefore almost entirely dependent on advertising for funding and expect to have a few difficult months and years ahead.

Despite this situation, we will look for inventive ways to seek to serve our readership with digital content and of course also in print!

Therefore, we ask our readers, if they wish, to donate from as little as £1, to help cover our running costs. Thank you very much, we hope you can help us!

San Diego comic book stores went through the wringer. Can Comic-Con come to the rescue?