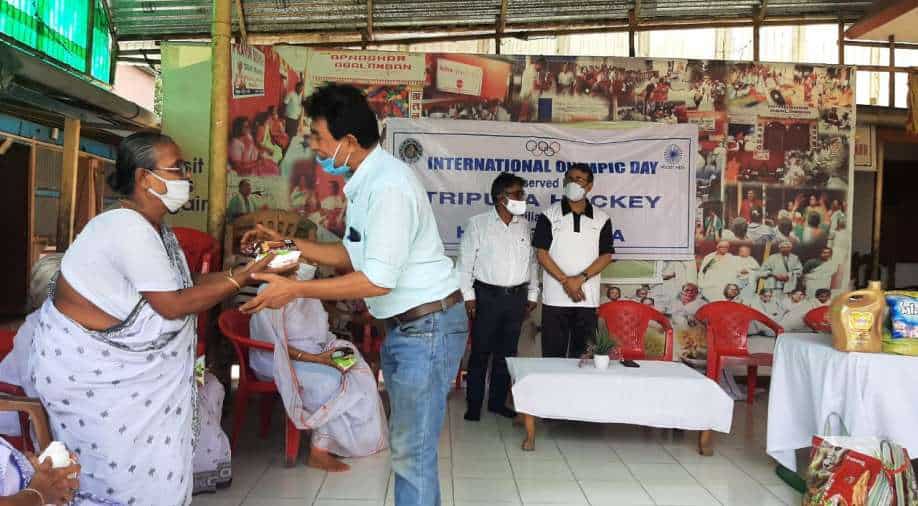 Hockey India celebrated the 73rd Olympic Day on Wednesday with its member units showcasing Olympic values ​​among young children, players, coaches and administrative staff, participating in various activities while adhering to social distancing and safety guidelines prescribed by the Ministry of the Interior. Hockey India member units will conduct activities and continue Olympic Day celebrations throughout the week of June 21, 2021.

The theme of this year’s Olympic Day celebrations is the Year of Youth and with that in mind Hockey India member units have marked this special Olympic Day in the year of the Olympic Games with activities that spread the message of fair play and unity through hockey focused on activities such as quizzes, drawing contests and essay contests on Olympic Day and Olympic values, as well as raising awareness of the importance of a healthy lifestyle, to stay indoors and to stay in shape.

Through the activities carried out on the occasion of Olympic Day, Hockey India’s ambition was to strengthen the bond that children, youth and adults have with sport, and through these activities, it brought together people from different backgrounds, different age groups, without any gender. and physical prejudice, to provide an opportunity to recall their favorite Olympic moments and promote Olympic values.

Olympic Day was first introduced in 1948 to commemorate the birth of the modern Olympic Games on June 23, 1894 at the Sorbonne in Paris. The aim was to promote participation in sport across the world, regardless of age, gender or athletic ability. On the occasion of the 73rd Olympic Day, Hockey India, through various activities, supported the International Olympic Committee campaign and the #StrongerTogether themes as we move closer to the Olympic Games Tokyo 2020.

The hockey community across the country has come together to send their celebrations to Hockey India in the form of photos and videos. Among the many such activities organized by the different member units, Assam Hockey celebrated the day by hosting a morning jogging session and arts and crafts program with their members, while Chhattisgarh Hockey and Odisha Naval Tata Hockey High Performance Center hosted essay writing competitions with a webinar on India’s hopes for the Tokyo Olympics.

Hockey Jammu and Kashmir, marked a five kilometer run where hockey players from Shaheed Bhagat Singh Hockey Club competed, keeping all Covid SOPs in mind during the event, meanwhile, Tripura Hockey donated essential food items to a retirement home in Agartala as part of their celebrations of this very special Olympic Day.

READ ALSO: The organizers of the Olympic Games-Tokyo 2020 ban alcohol and forbid to allow spectators

Hockey Mizoram closed the day with celebrations by presenting a video with best wishes to all its members on the occasion of Olympic Day and in particular for the upcoming Tokyo 2020 Olympic Games.

Diana Abu-Jaber explores the past in “Fencing with the King”