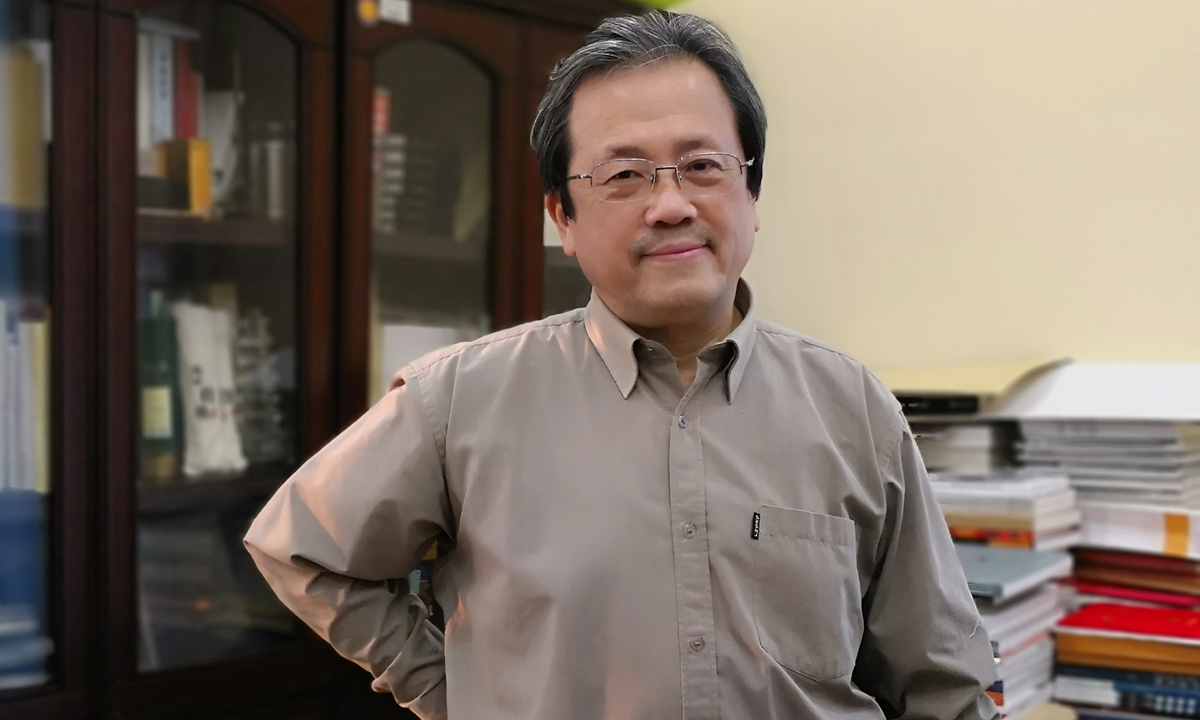 Presentation of the artist

Feng Yuan was born in Shanghai in 1952. He was director of the office of academic affairs, vice-dean and professor of the Chinese Academy of Arts.

The publications include collections of books, collections of essays and manuals. His works are collected by national and foreign art galleries and museums. In addition, a large number of works have been exhibited in the United States, Europe and other countries, and he has traveled to many countries to give lectures, study tours and organize exhibitions. personal in the United States, France, Japan, Austria, Singapore, etc.

He received the national title of excellent professor and expert young and middle ages with exceptional contribution, and the Order of Arts and Letters of France.

Painters who began to study Chinese painting after the 1950s entered the world of painting after breaking the previous division of “landscape”, “character” and “flower and bird”.

As the art evolved, they focused on the technique of depicting real objects and became more inclined to subjects suited to their personal artistic temperament.

There was more and more room for free development in art, and they had the opportunity to choose the aspect where they could best express their artistic talents.

After entering the 1990s, the individualized artistic style of these painters gradually became important, each focusing on a single subject. Today people naturally classify them as figure painters, landscape painters, or flower and bird painters.

However, the knowledge structure and emotional capacity of many of these painters obviously cannot be restricted by the distinction between flowers, birds, landscapes and figures.

Feng Yuan is such a painter. Although his works focus on the portrayal of characters, his artistic skills are comprehensive. The problems he deals with are also multifaceted, which makes his overall artistic perspective appear broad and rich. He studied and inherited the legacy of traditional ink and wash painting from an art history perspective, and at the same time clearly realized the problems of image similarity and repetition of scheme in traditional figure painting. 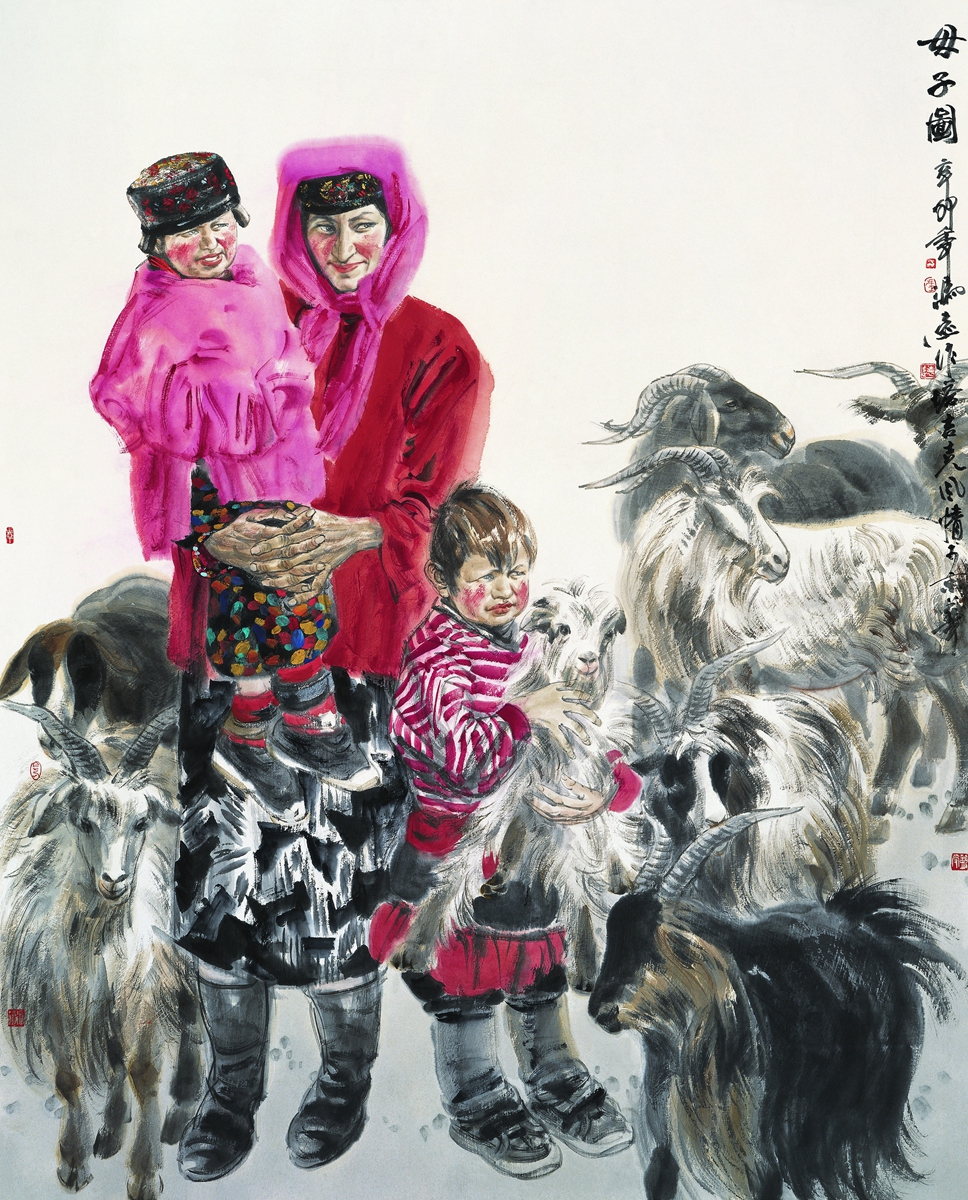 Feng Yuan painted many historical figures, as well as many real figures. The common thread of these images is that they are intimately linked to their time.

Based on the depiction of the appearance and expressions of people, and the shaping of people’s characters, he goes further, exploring the cultural flavor and cultural atmosphere of his time, expressing a specific spirit of the era through the image of individuals or groups, and reconstituting long lost historical images.

The historical scenes and historical figures are the highlight of Feng Yuan’s creation.

The styles of these two works are different. The first uses line art and ink painting to reinforce the arousal contained in the pain; the latter uses decorative details to form solemn and grandiose elements on the basis of regularity and order.

The reflection and comparison of the two works embody the fluid historical context which is difficult to express in ordinary paintings, and reveal the painter’s multidimensional understanding and emotion of the significant historical event of the unification of the country by Qin Shi Huang .

Chinese historical figures and historical events in Feng Yuan’s works show a depth and breadth of mind that reflects the national psychological climate of the painter’s creative era.

In the minds of Chinese scholars who have known calamities, reflection on history has deepened the memory of past glory. And the painter’s experience of the sterility of contemporary culture made him feel the essential attraction of literary classics in the construction of national cultural psychology.

From the 1980s to the 1990s, the subject of research into the origin of national culture posed by Chinese cultural circles on the basis of a reflection on history was the driving force behind Feng Yuan’s work.

The creation of modern historical events and figures depends more on the historical extension of reality, which is often a kind of excitement to trace the origin.

He underlined their historical environment and their respective consciousness.

Ten years after the completion of One hundred years of history, Feng Yuan created A dream of the century (1997) with a similar composition, arranging on a single screen characters linked to the cession and return of Hong Kong. He also added other elements related to historical facts preface and postscript.

However, the depth and dignity of the previous work and the brilliance and brilliance of the latter clearly reflects the different horizons and intentions of the creation of the work.

Sun Yat-sen and Deng Xiaoping, two characters who opened up different historical eras, are the characters that obsess Feng Yuan.

They have appeared several times in the works of Feng Yuan. The painter’s reflection on these two historical figures relates mainly to their environment and their historical issues. 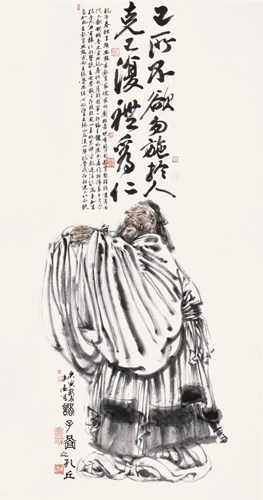 Each of them bears an unprecedented historical responsibility – the end of one historical period and the start of another.

Bertrand Russell believed that history is both science and art. Its most ordinary meaning is to let people clarify the historical facts, but it should not reject “detailed descriptions” or underestimate personal passions, and it should avoid ignoring the role and significance of individuals in the process. the development of events.

People feel the same idea of ​​the creation of Feng Yuan. Through his “details” and “passion” for historical activities, he provides a platform for people to be entertained and inspire to think in a different way. When discussing the creation of paintings of Chinese figures, he once summed up his quest as “the art of the human and the human of art”.

Its collection of character paintings presents a picture of the history of Chinese culture and spiritual development for contemporary readers.

His art of figurative painting is an art linked to history. The ancient scholars, modern revolutionaries and contemporary urban and rural youth that he portrayed are but the story of the image of the Chinese. 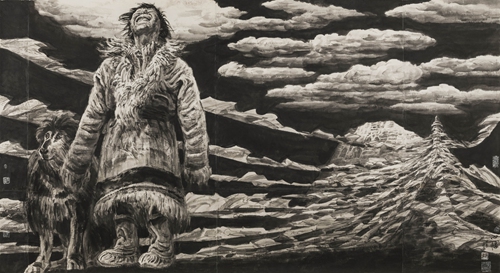