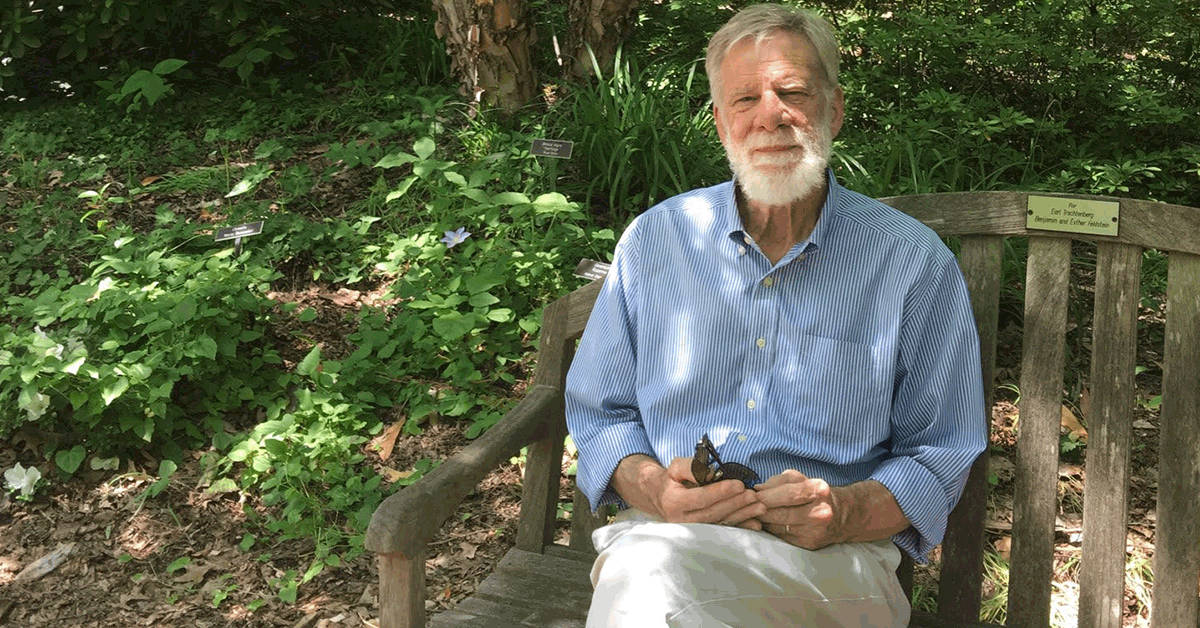 Farewell to Bill Barnes, the man of ideas of American cities

When we think of ideas that change our lives, we often think of a great genius, a unique discovery, a major technological breakthrough. But often the biggest role is played by the thinkers who bring others together to share ideas, learn and innovate together.

That’s why Bill Barnes, who died last week at the age of 77, was one of the most influential thinkers on cities and local democracy of the past 40 years. Barnes believed in the power of ideas and he made them more powerful by creating spaces for people to absorb them, criticize them, evaluate them and, on occasion, laugh at them.

In his work as research director for the National League of Cities (NLC), the nation’s largest association of local elected officials, Barnes has written on regional governance, urban policy, municipal finance and public engagement. He produced his own books, articles and reports on these subjects, but his ability to facilitate the thinking of others was perhaps even more important than his own writings. At conferences and in many other settings, he has organized hundreds of opportunities for local leaders to learn from and with each other.

Barnes called all of these exchanges a “republic of conversations” between people who care about cities. As it unfolded over several decades, it had a profound influence on urban leadership and scholarship. During the 1990s and early 2000s, he propelled regionalism— the idea that metropolitan areas (not just cities, suburbs and states divided by purely political borders) are the fundamental units of our economy.

Thinking regionally has helped officials develop more effective approaches to economic development; it has also helped them to more effectively address racial and economic inequality through changes related to housing, social services, and public transit. The FasTracks light rail and commuter rail system in Denver is a highly publicized example of regional planning in action; the region-wide land use and development plan for Greater Kalamazoo, Michigan is where Barnes played an even more prominent role.

In recent years, Barnes has continued to promote regionalism not as a cheerleader but as a humble and constructive critic. “Regionalism is a means, not an end; it is a question, not the answer to everything”, he wrote.

Public engagement in local democracy became a key topic of Barnes’ republic of conversations throughout the 2000s and 2010s. staff and residents to make decisions and solve problems together. the City Futures Panel on Democratic Governance Barnes brought together 30 local leaders who explored new methods of public deliberation and collaboration. They also commissioned research, tried new tools and practices, and met with the public to understand what kinds of democracy citizens wanted.

At one such meeting, in a suburb of Denver, a resident pointed out that most public meetings – where officials sit on a dais and follow the secrecy The Rules of the Order of Robert—enhancing a condescending “parent-child relationship” between government and citizens. The image not only illustrated the aging 20th century dynamics against which panel members were reacting, but it also helped them visualize more productive and respectful forms of democracy. Ideas like participatory budgeting, a Brazilian innovation that engages citizens in deciding how public funds should be spent, came to America in part through panel meetings. It’s now a New York City-wide process.

The republic of conversations that Barnes convened didn’t just take place in conferences and town halls.

It was not just an intellectual change. It was moving, as Barnes well knew. Especially for mayors and city council members, who often come to power thinking they have been chosen to make all the decisions, dealing with angry citizens can be a humiliating, infuriating and introspective process. Working with Barnes, the members shared their experiences, reaching out to each other and sometimes wondering out loud why they entered public service in the first place. Then, with that behind them, they could focus on ways to solve current problems and rethink local democracy.

In doing so, Barnes kept them focused on tangible impacts, not just utopian visions. “That’s the main driver of all this change,” he wrote. “People who care about their community seek ways to solve problems and seize opportunities, and the shared power of the citizen/government relationship is crucial to their ability to do so.”

Barnes’ vision of local democracy was therefore rooted in the daily lives of residents – democratic governance had to be something they valued, something they enjoyed, something that met their needs. “Audience engagement is not a separate thing; this is not a one-time event,” he wrote. “These are ways of thinking and ways of doing governance that you need to do to improve your community.”

The republic of conversations that Barnes convened didn’t just take place in conferences and town halls. Barnes’ home in northwest DC was a welcoming space for civil servants, professors, high school students, city workers and civic innovators of all kinds, contributing their big ideas for a new newspaper, a new reform , a new book.

Barnes’ wife, Eva Dömötör, once named “Washington’s creative writing queen,” in Washington Post‘s Teacher Says, has been an enthusiastic participant and valuable foil in these discussions. Over dinner, the husband and wife subjected their guests to friendly, thoughtful, and relentless interrogations about their work. They were endlessly friendly and always thought-provoking, and you knew that if your big idea survived dinner with Bill and Eva, you might actually have something.

In my case, table conversations with them helped me understand how to tell stories about new forms of democracy – the subject of my first book— in a way that allowed me to strike a delicate balance between critically evaluating ideas while praising local leaders as they implemented them. Barnes and Eva also helped find the historical perspective that the Syracuse scholar Tina Nabatchi and I used in Public Participation for 21st Century Democracy, to provide a more contextual and unbiased description of the clash between older institutions and a new generation of citizens. Barnes was right: new ideas sometimes solve hard problems, and when they do, they usually create new hard problems.

Barnes has also been a role model in bringing a conversation about racial equity and justice to the NLC. This now seems commonplace in many organizations, but it was quite unusual in civic leadership associations and gatherings in the late 1990s and early 2000s. Barnes brought local officials and staff together with researchers and advocates from outside government. Long before “white ally” became a household term, Barnes spoke of the role of white people (men in particular) as partners in the pursuit of racial justice. Clarksburg (WV) Councilman Jim Hunt, who served as NLC President in 2006, launched a nationwide “Partnership for Inclusive Communities” that has expanded to more than 100 cities.

Barnes also lifted ideas with humor. Although he looked like a serious intellectual, with a graying beard and pipe, he enjoyed ridiculous puns that made people groan. Once, when a discussion came up about what appeared to be a significant paradigm shift, Barnes jumped to the whiteboard to draw two circles, the number 10 in each, and a large arrow.

This kind of irreverent attitude helped people appreciate ideas without glorifying them. In an essay on the great urban theorist Jane Jacobs, Barnes urged readers not to be hymns to Jacobs, but rather to test and evaluate his ideas. Barnes advocated “studies that follow the advice of Jacobs: carefully observed, fearless studies of how things work or don’t work on the ground in big cities and also in towns, suburbs and small towns and regions. We don’t need Jane Jacobs’ sidekicks; we need people who will think as intensely and as well as she does about “the kind of problem a city is”. »

Barnes was a lifelong Washingtonian, whose primary focus was towns and villages outside the Beltway. His attitude toward intellectual life was fundamentally egalitarian and democratic, and that seemed refreshing and unusual in a city that often seems to revere expertise and meritocracy over what ordinary people think or say.

In town halls and at his table, Barnes treated citizens like adults and people like intellectuals. He tricked them into a paradigm shift and teased them with pairs of dimes, changing. In times of polarization, disrespect and distrust, this style of leadership is more valuable than ever. Remembering Bill Barnes, let us strengthen and deepen our republic of conversations.

Regulate “Buy Now Pay Later” as is the case for consumer loans: mortgage