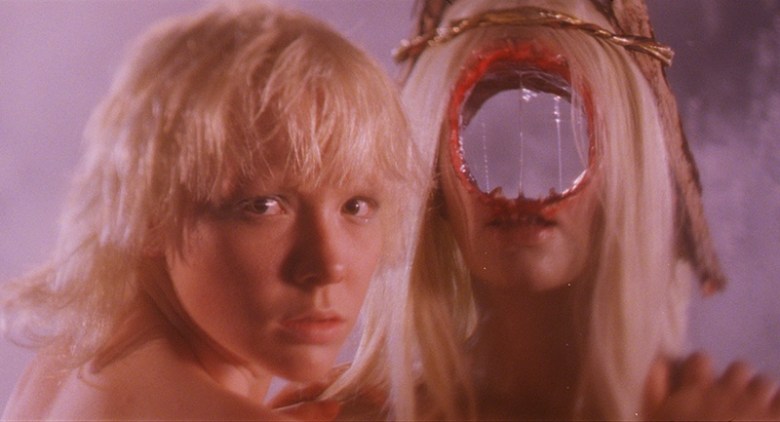 Many of these award-winning films will be streaming at Virtual Fantastic Fest at Home until October 11.

Fantastic Fest 2021 ends its physical edition on September 30, and IndieWire exclusively reveals this year’s winners below. Many winning features will be available to stream from September 30 to October 11 as part of the Virtual Fantastic Fest at Home, including “After Blue”, “Zalava”, “Name Above Title” and “Let the Wrong One In”. All of the award-winning shorts will also be screened virtually.

The winner of this year’s Best Film Competition is Bertrand Mandico’s “After Blue”. The film takes place on a mysterious planet populated entirely by women, where a teenage girl and her mother embark on a journey to find a murderous criminal.

“After Blue (Dirty Paradise) is a mutant cinema dream,” Mandico said in a statement. “The dream of taking my actresses and collaborators towards an emotional lyricism of creation. The dream of giving viewers an out-of-format, intoxicating and disturbing fantasy. Thanks to the Fantastic Fest and its jury for their openness.

“It was a big challenge to get the festival up this year, but it’s fantastic to see how audiences and filmmakers have come together to celebrate cinema over the past few days,” said festival programming director Annick. Mahnert. “Small independent productions have the same love as bigger titles and the Fantastic Fest audience showed great curiosity towards all of our films despite the fact that the festival is spread over other locations. The jurors’ picks are a wonderful mix of different cultures, genres and cinema from around the world, and we couldn’t be happier for it. “

Check out the full list of Fantastic Fest winners below. The directors’ statements are listed below each.

“Holy smoke! Thanks for the honor! I have to thank Machi Big Brother, Jeffrey Huang. As well as Raven Banner and the lovely people of Taiwan, the island nation that has been my home for most of my adult life. I can’t wait to start the next project! Rob Jabaaz (SADNESS)

“Zalava is a symbolic fantasy film within the framework of genre conventions that can be of interest to anyone who believes in what is often considered irrational, superstitious or dogmatic. This Iranian-Kurdish fantasy film is aimed at a universal audience, revolving around a relatable story about “belief” that can happen anywhere in the world. Receiving the honorary award for best film in the Next Wave section is a sign that tells us how the magic of cinema can bring together our humanistic emotions, and make us delighted, amused and more considerate. Thanks, Cinema. Thanks, Fantastic Fest! Arsalan Amiri (ZALAVA)

“After Blue (Dirty Paradise) is a mutant cinema dream. The dream of taking my actresses and collaborators towards an emotional lyricism of creation. The dream of giving viewers an out-of-format, intoxicating and disturbing fantasy. Thanks to the Fantastic Fest and its jury for their openness. Bertrand Mandico (AFTER BLUE)

“I am so happy to receive this award and share it with my entire team – especially my incredible cast whose incredible talents must have made me look good in the eyes of the jury! I am very grateful to Fantastic Fest for being the US premiere of our film and for providing the wonderful opportunity to get noticed ahead of its US release from IFC Films next year. THE INNOCENTS tells a story about the magical and often scary world of childhood, and I hope this award is a sign that these themes can resonate far beyond Norway. Eskil Vogt (THE INNOCENTS)

“Me and the Nuevo Rico team are delighted to receive this award. Nuevo Rico really talks about our past and how it relates to our future. These are the things that unite us and move us forward. It’s an ode to the things we have and the things we have lost. I hope this victory inspires others to tell their stories, no matter how strange, strange or invisible it is. Thanks Fantastic Fest, it’s a dream. Kristian Mercado Figueroa (NEUVO RICO)

“We are delighted to accept this award for THE LAST DAYS! Our entire team made this film with a lot of love and care, to celebrate and honor black voices, black stories and black lives – so being honored by such an iconic festival means the world to us. Dipo Baruwa-Etti (LAST DAYS)

“Thank you very much to the Fantastic Fest and to the short film jury. It was an honor to screen such incredible films in the Fantastic Shorts Block – with my fellow nerds of the genre that I admire. Making movies is a team sport, which is why we love it. The magic of this film was made possible by my exceptional team. So I just want to take this opportunity to shout out these absurdly talented people: my DP Charlotte Hornsby, Gaffer Dan Debrey, Production Designer April Lasky, Costume Designer Nell Simon, Key Grip Garrett Doermann, Art Director Cooper Campbell and 1st AD Willy McGee. You’re all the best, let’s do another movie. Annalize Lockhart (LEGACY)

“Wiwo! Thank you very much for this incredible price! It was an honor to be part of such a great formation. What a shame that my time and I couldn’t be there to celebrate and share some thrills with you all! I’ve never had the chance to visit Texas and the United States in general but it’s so great to receive such love from a country that has inspired me and my work so much! Hélène is dead, long live Hélène! Lots of love and bloody kisses from Belgium »Michiel Blanchart (YOU’RE DEAD HELEN)

“Wow !! Thanks Fantastic Fest! I’m so honored to receive this award and to be part of an awesome short film group at this year’s festival. I can’t wait to come out and make another movie, thank you for encouragement! Newton Tipper (THE DANGEROUS TYPE)

Register: Stay up to date with the latest movie and TV news! Sign up for our email newsletters here.