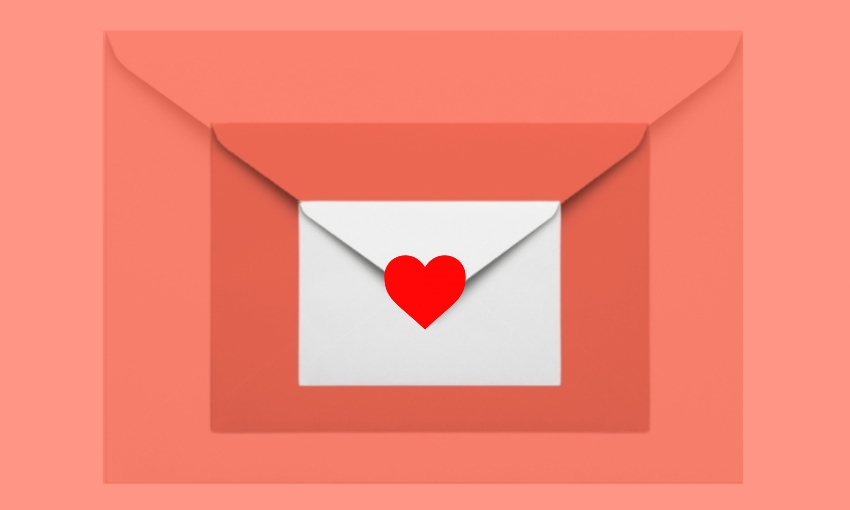 Everything sucks, so why not write a letter to someone you love?

There is no one who do not like a handwritten letter in the mail.

The last time my hand hurt while writing was in 2014, during my last college exam. I had three hours to write four essays and my hand couldn’t follow the sentences that formed in my head. My handwriting was, in the words of an angry mom, disgusting. As I walked out of the exam room, I reached out my hands, tried to erase the lump my pen had made on my middle finger, and vowed never to handwrite another essay again.

I have kept this promise never to return to any form of academic institution, but since 2014 I have kept a love for the one good reason (in my opinion) to write by hand: letters.

When was the last time you wrote someone a letter? Or even just a card that says more than “Happy Birthday” or “Sorry to leave”? When was the last time you received a letter or card? If you are someone who reads cards and then throws them away, this article probably isn’t for you. But if the thought of receiving a handwritten letter in the mail from someone you love is even a little exciting, why not give that feeling to someone else?

We are in the seventh week of lockdown here in Auckland and so far I have received 11 envelopes in the mail. Five were from the bank (boring), two from IRD (terrifying then boring), one was telling me that I can now get the vaccine (great), one was my ACC debit bill (ruined my week), one was one handwritten letter (made my day) and one was a handwritten card (made my week).

I have also had a frankly embarrassing number of online purchases delivered and none have brought me as much joy as receiving a nice card.

There is a personal touch to the handwriting that allows for an otherwise missing connection when everyone is confined to their homes. When I read something handwritten, I know it’s an original: no one else is reading what I’m reading and probably no one else will. It is a snapshot of the writer’s life that the internet cannot touch. Like someone who sends you a page from their diary.

Yes, even in isolation we can FaceTime and Zoom and virtually “hang out”, but nothing comes close to privacy as a letter, no matter how awkwardly written it is. It takes time, thought, and commitment not to click on a link. We love to romanticize letters sent by soldiers in combat to partners across the country. They serve as a narrative story. World events told through the aspirations of young men existing daily in the presence of death. This pandemic is our war and a great time to record some of the many feelings we all have and sometimes don’t understand. Of course, you can just keep a journal, but why not make it collaborative?

I have a close friend who enjoys writing a good card as much as I do and if we had laid out our birthday and Christmas cards over the years any stranger could read them and see a friendship grow and grow stronger.

It helps of course that my love language is assertive words associated with a voice and (lack of) expressiveness that don’t lend themselves to verbal proclamations. Instead, I write them down. And by writing down my feelings, I confirm them to myself. Telling someone you love and appreciate them is nice. Spending time writing it down and knowing that it will be received in isolation and perhaps preserved forever is a real commitment to that feeling.

While we are all feeling a little vulnerable and a little anxious, try writing down your feelings and sending them to someone you love (or someone you don’t!). Don’t put inventory in an answer – that’s never the question – but use it as an opening exercise, with the added bonus that not many people dislike receiving personal letters in the mail. If you have a friend in the neighborhood, drop them a cool little note and drop it in their mailbox on your silly little stroll. Or buy some cheap postcards and send telegrams like you’re traveling the world, except you might not have left your house in days.

We live in a world that is both over-connected and isolated. A handwritten note is a way to remind yourself and one another that you exist in the real world.

Last Saturday I was working at my desk when I heard music playing outside. I assumed it was one of my roommates having breakfast outside, but I quickly realized it couldn’t be because it sounded like… my music. Music that I only listen to in my room because no one else likes it. I ran outside and learned that the music was coming from one of our neighbors’ backyards. I couldn’t see them and we never spoke to these neighbors in the four years we have lived in this house. I thought about shouting that I liked music but it sounded weird to me.

So I wrote them a card instead, thanking them for the beautiful music and admitting that it had been a positive for me in an otherwise difficult week. I don’t think they’ll ever respond but that’s okay. I hope they enjoyed receiving it.

Subscribe to the Bulletin to get all of the day’s key news in five minutes – delivered every day of the week at 7:30 a.m.

How to stop your work from becoming your identity

Diana Abu-Jaber explores the past in “Fencing with the King”