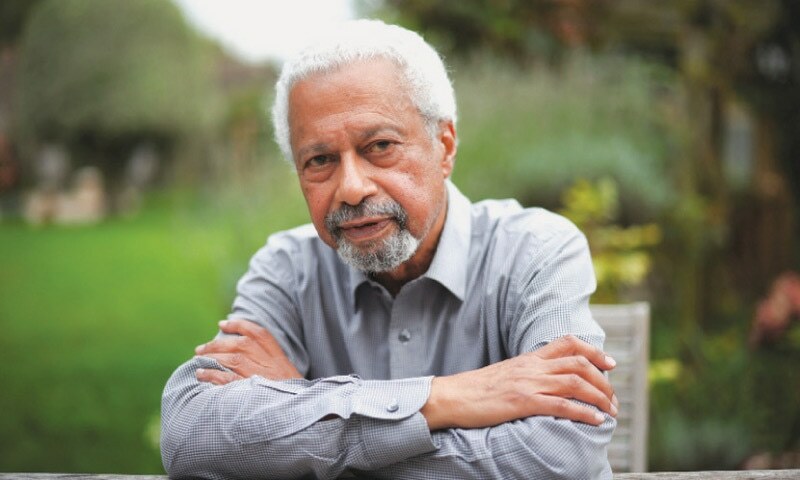 “The 2021 Nobel Prize for Literature is awarded to novelist Abdulrazak Gurnah, born in Zanzibar and active in England, for his uncompromising and compassionate penetration of the effects of colonialism and the plight of refugees in the chasm between cultures and continents,” a writes the Swedish Academy in its justification of the price.

When 72-year-old Gurnah won this year’s coveted award, he became only the second person from sub-Saharan Africa to join the exclusive group of 118 laureates, more than 90 of whom were from Europe or South America. North. Nigeria’s Wole Soyinka won the award in 1986 and for many years the late Chinua Achebe – also from Nigeria – was supposed to win, but it never happened.

In their books, Soyinka, Achebe, and Gurnah explore all cultural issues related to Africa and wonder how things could have gone so badly in the region’s older and more recent history, despite the goodwill of the people. But not everyone was good, and social structures and mentalities were often outrageously unequal and cruel during colonial times, as well as before and after.

Many aspects of Gurnah’s personal history and that of his country of birth – Zanzibar on the East African coast – are similar to those of West African history, though well written by Soyinka and Achebe. Let me mention another distinguished African writer: Ngugi wa Thiong’o from Kenya. It is interesting to know that all of these writers, for security reasons, had to live most of their productive lives in Europe and America, possibly with the exception of Soyinka, who actually returned to live in Africa. .

Gurnah is the author of 10 novels and numerous short stories, as well as several non-fiction books. He has written extensively on the recent 500-year history of the small island nation of Zanzibar, from the arrival of Portuguese explorers and maritime traders, to Indian influence, Arabs, and German and British colonialism. After a bloody revolution in 1964, Zanzibar entered into a union with what was previously a British protectorate called Tanganyika. The name of the new nation became the United Republic of Tanzania. The current president – and also the first woman to lead the country – Samia Suluhu Hassan is, like Gurnah, from Zanzibar.

Gurnah had to flee Zanzibar when the Arab Sultanate, ruling since 1856, was overthrown by the bloody revolution of 1964. Arabs and South Asians began to be targeted by Africans seeking revenge. However, there are many fond memories of Gurnah’s childhood, growing up in a house near the bustling harbor, with sea and sky on all sides and above the house as far as the eye can see, and people. all over.

Of Arab and Indian descent, the Muslim writer considers himself African, although not all black Africans would see him quite that way. Like Gurnah, the famous deceased historian, Professor Ali Mazrui of Kenya, who was such a strong advocate for African culture, was Arab in appearance, but not everyone would accept as a full son of the soil either. Indeed, both would be saddened whenever someone said they weren’t African enough.

Arriving in England at the age of 18, Gurnah studied at the University of Kent in Canterbury, obtained a doctorate and became a professor of English and postcolonial literature at the same university until his retirement. His experiences, particularly from Africa, have influenced his work and he has written about individuals and families and the particular contradictions they face when trying to set up a new life abroad.

His experiences, particularly from Africa, have influenced his work and he has written about individuals and families and the particular contradictions they face when trying to set up a new life abroad, and how and if they can feel at home where they are going.

In his books, he addresses fundamental questions in the lives of people who move and migrate, and how and if they can feel at home where they are going. His first novel, Mémoire du Départ, 1987, is about a young man from an unnamed African country who moves to Kenya. The young protagonist of Paradise, nominated for the Booker Prize in 1994, is sold to a wealthy Arab merchant and thus leaves his small village for a cosmopolitan coastal town as World War I looms. In 2001, By the Sea, a furniture seller from Zanzibar landed at London’s Gatwick Airport, seeking asylum. Abbas from 2014 The Last Gift is an East African immigrant on his deathbed in Norwich.

Gurnah insists that the refugees do not come empty-handed to their new lands. They bring with them knowledge, skills, energy, optimism and hope – so essential to everyone, both newcomers and those who have hardly traveled outside of their village or town. original.

In some ways, Gurnah goes directly into the politics of today’s unresolved issues, both forced and voluntary migration. But when reporters asked whether the Swedish Academy – which awards the Nobel Prize – thought of this as additional force for Gurnah’s candidacy, Academy Nobel Committee chairman Anders Olsson declined to respond directly. to the question and instead repeated that it was literary merit that counted. However, he recognized that good literature can deal with current issues at particular times and places and, at the same time, be timeless and universal.

Personally, I have the impression that some of the problems in all of Gurnah’s work belong to the 60s and 70s; back in my youthful days, when we were so keen to take a critical look at social and political issues, trying to help develop a new and better world after the colonial era.

I have visited Tanzania several times and have spent longer stays there as a student, academic researcher and diplomat. It was a time when Tanzania was experimenting with its own form of socialist development called ujamaa. I remember sometimes we felt like the country was in the backwaters, not moving anywhere and not really having more in-depth discussions about it. This seemed especially true for Zanzibar, which – even with potential for the future – was small and remote from the cosmopolitan land Gurnah claims to exist and highlights in his homeland history. But then, Gurnah won the Nobel Prize for Literature, not History or Social Sciences, which have no category in the awards.

Gurnah’s language is soft and easy to read, influenced by his native Swahili language and occasionally peppered with humor and anecdotes. In his speech when the award was announced, Olsson appeared to share Gurnah’s sentiments, saying Zanzibar was cosmopolitan long before today’s era of globalization. As for the language, this can be considered to be true to some extent – it is a fact that around 30 percent of Swahili has Arabic roots, many words come from Portuguese, Hindi and English. ‘Urdu, and many come from the African Bantu and Nilotic languages. on the African continent.

On this note, I would like to draw attention to the issue of language in the works of Gurnah and others who write in English but have other mother tongues. They write in the language of the colonizers, at the same time as they criticize what the colonizers did. Thiong’o wrote in Kikuyu and Gurnah probably would have written in Swahili if he had stayed where he was born and raised. And Soyinka and Achebe might have written in Yoruba and Igbo if they had lived in Nigeria. But then Gurnah and the others are the products of their English education. In addition, Gurnah began to write after emigrating to Britain. English is therefore also his language, close to a mother tongue.

In Pakistan, too, we have some great writers who write in English who are probably proud of their language and their English background, as they should be. These questions go directly into the many intriguing questions about cultural change and identity; about who we are and who we want to be, yes, and also who writers want to reach through their works. In addition, more books need to be translated into languages ​​that people feel comfortable reading.

Paradise and The Last Gift are already available in Swedish translations, published by the small press Celanders Förlag. As Gurnah’s visibility increases as a result of the award, the press will certainly have a chance to see ‘golden showers’ happen – unless a major publishing house outwits her to make money on it. the new winner, but so far unknown, books.

The writer is a veteran Norwegian scientist engaged in education, culture, refugees and human rights in Africa and Asia.

He can be contacted at [email protected]

FirstEnergy’s (NYSE: FE) year-over-year shareholder returns were, but earnings growth was even better