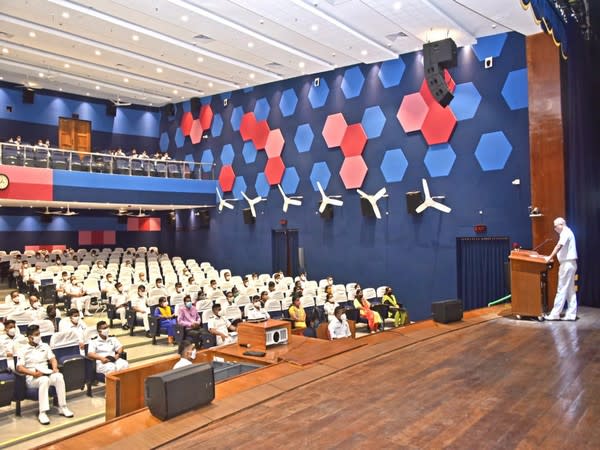 Kochi (Kerala) [India], October 6 (ANI): The closing ceremony of the Hindi Fortnight, celebrated at the Southern Naval Command headquarters from September 14 to 28, was held on Tuesday.

The event was celebrated with the aim of encouraging the use of Hindi in official work.

Rear Admiral Antony George, Chief of Staff, honored the event with his presence as the guest of honor. The winners of the Hindi competitions received certificates and cash prizes from the guest of honor at the ceremony.

The sixteenth electronic edition of “Dakshini Vani”, the internal Hindi newspaper, was also published by the Chief of Staff at the closing ceremony. Speaking on the occasion, the Admiral appreciated the efforts of the command to implement the official language policies of the Indian government and urged the staff to do as much work as possible in Hindi.

He also congratulated all the winners of the Hindi competitions and appreciated the staff who wrote articles for ‘Dakshini Vani’ magazine.

Similar Hindi Fortnight celebrations and competitions were also held in other units under Southern Naval Command located in Kochi, Fort Kochi, Ezhimala, Chilka, Lonavala, Coimbatore, Goa, Jamnagar (Gujarat) and Mumbai, giving thus an impetus for the use of Hindi as an official language. Tongue. COVID-19 protocols have been strictly adhered to during the conduct of all activities. (ANI)

How to write a flawless declaration of intent?