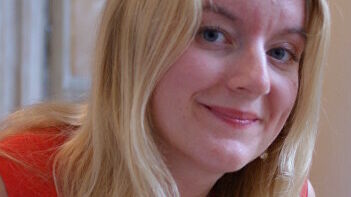 Kate Moore, New York Times and USA Today bestselling author of The radium daughters, will present “History’s Forgotten Heroine and Modern Lessons” virtually from the LE Phillips Memorial Public Library on October 28 as part of the Chippewa Valley Book Festival. She will talk about her latest book, The woman they couldn’t silence, which explores the incredible true story of Elizabeth Packard, a 19th century housewife from Illinois who was interned in an insane asylum for daring to challenge her husband and whose courageous fight for justice changed the world. The radium daughters received the 2017 Goodreads Choice Award for Best Story, was voted America’s Librarians’ Favorite Non-Fiction Book in 2017, and was named a 2018 Notable Book by the American Library Association. His passion as a writer is to help others make their voices heard, especially those silenced by injustice.

What are you eager to share about your work?

I look forward to sharing both the story of Elizabeth Packard – a strong, courageous and impactful woman who has a phenomenal history but has been largely forgotten – and the fascinating historical facts that I have uncovered during my research for my book on her, such as assertive and educated women were considered very susceptible to madness in the 19th century and were therefore often incarcerated in insane asylums (as happens in EP).

If you could say something to your young writer, what would it be?

Dreams can – and will – come true.

What do you hope readers will learn from your book (s)?

I hope by reading both The radium daughters and The woman they couldn’t silence that readers are inspired by the incredible women I write about and haunted by how little has changed in our society since the historic events I describe.

Which book would you most like to re-read for the first time?

What are you reading at the moment?

The devil in the white city by Erik Larson – aka the king of historical narrative non-fiction.

Do you have a favorite quote on reading and / or writing?

Not about writing per se, but when I quit my job and became a full time writer, a really good friend gave me a framed quote that said, “She believed she could do it, so she did. And it stuck with me.

The founding fathers had quarantines and vaccination warrants | Trial