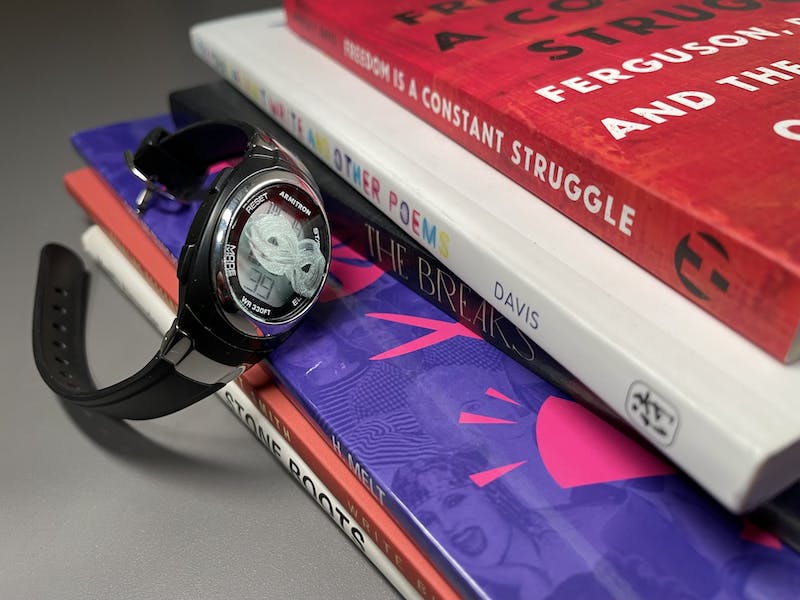 Olivia Gatwood is my favorite slam poet — and probably the only one I can name who doesn’t attend Princeton. My favorite poem is “An alternate universe where I’m not fazed by men who don’t like me”. In the last line, Gatwood sums up his experience in this alternate universe: “I have so many beautiful moments.”

Instead of, say, asking all his friends for advice or writing an essay about it at three in the morning, Gatwood’s alternate universe deals with unreciprocated, insensitive lovers like this: “While the boy doesn’t call back no, I’m learning carpentry, building a desk, writing a book in the office, I taught myself to count ceiling tiles.

And, yeah, there’s a boy who’s not answering me. But that’s not all that scares me. This is never the case.

If you search for this poem, you will find it transcribed on the generally reliable sitegenius.com. But Genius will really disappoint you if you’re looking for “An alternate universe where I’m not fazed by men who don’t like me.” (And aren’t we all looking for this universe?) The Genius transcript ends with a horrible error. It reads: “I had a great time.” But, you know, I think it still captures the spirit.

The poem “Alternate Universe in Which I am Unfazed by the Men Who Do Not Love Me” appears in Gatwood’s book, New American Best Friend. I bought this book for myself over the summer and in September gave it to someone who was a very dear friend. At the beginning of the book, I wrote a note that included something like “Thank you for being my new best American friend.” But the ones I thought were my best friends in September aren’t really my best friends now. That’s how it goes. I don’t think I know how to love this person, anyway.

We all happen to learn to love each other, so I’m hesitant to turn my read receipts on or turn off text notifications when I know – when I I don’t know how to love anyone either. I just love it, and I hope for the best.

Only a few minutes and so many beautiful moments

Get the best of ‘the prince’ delivered straight to your inbox. Subscribe now »

The other weekend I attended something like a costume party where I had planned to dress up as Gatwood. I only had a few minutes to prepare. I found myself back in my room an hour into the party, after an unexpected long conversation with a friend, which we both needed. (I like to think Gatwood would also be late to a party to take the time to talk to a friend.) This friend often tells me and others, “Center yourself.”

Within minutes of allowing myself to step into the costume, I knew plain jeans and flannel wouldn’t cut it. As I sent a text asking How late am I so late? I thought about this last “alternate universe” timeline. I looked at the watch that had been sitting on my desk since August, grabbed a bottle of ugly green chrome nail polish, and drew an infinity sign on the digital display. Look, full suit.

A few days later, I still put this watch on when I get out of bed. I tell myself, I have so many beautiful moments, because I am unfazed. And sometimes I even believe it.

Nobody knows how to love at this age, but we all deserve friends and lovers who know how to love us. And the environment we find ourselves in – this often dark and often harsh school – is not a loving place either. But that does not exempt us from trying to learn. With all our good weather, we can ask for what we want, listen to what our friends need, spend time making mistakes and then doing better. Sometimes I wish we understood each other was painless and quick. But as they say when you create art, it’s all about the process. Deviating from what we have sketched out for ourselves and becoming messy is simply how we create our lives.

Here’s more of what Gatwood says she does in the alternate universe, with all her good weather: are only hours. Here they take a bike ride across Long Island in June. Here is a novel read in one go. Here it is disputes over God or a full night’s sleep. Here I give the crying woman outside the bar an hour. I leave one on my best friend’s porch, send two to my mom in the mail.

Tonight, I won’t get a full night’s sleep. But maybe in the morning I’ll be unfazed, read for fun, give my mom an hour or two, learn carpentry, build a desk and write an essay – one I’m less into baffled only in this one – at this office.

Mollika Jai ​​Singh is a sophomore who grew up in San Diego and is based in Rockville, MD. She loves making friends, reading and writing poetry and embroidering very slowly. At ‘Prince‘, they are Co-Directors of Diversity, Equity, Inclusion and Belonging and Associate Opinion Editors. To talk about anything ‘Prince‘-related or otherwise, say hello @mollikajaisingh on social media or at [email protected].