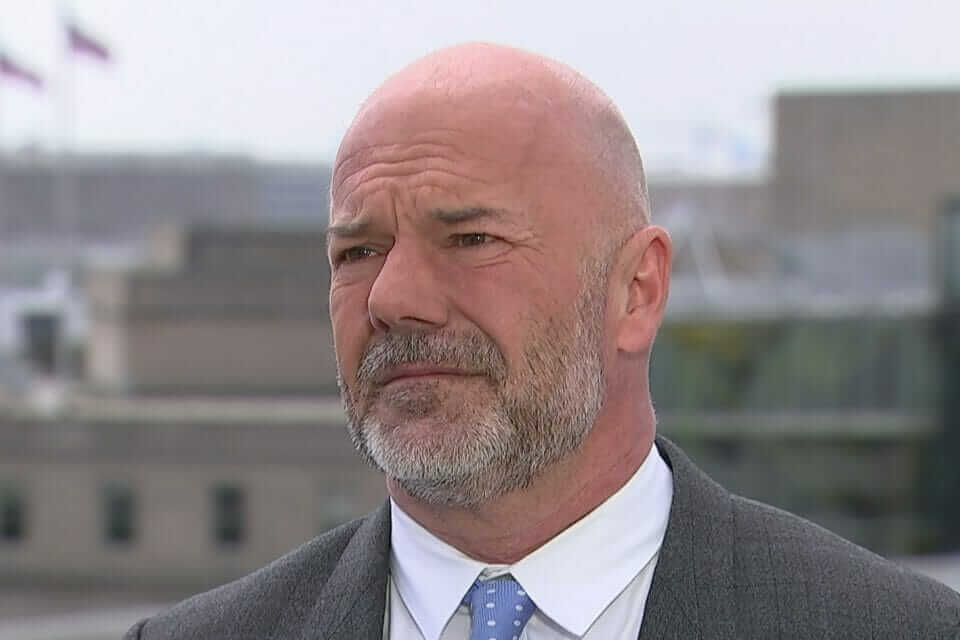 Andrew Sullivan invites us all on the member

“This commitment to the search for the truth made Sullivan one of the early advocates of same-sex marriage and one of the most powerful and consistent critics of ‘revival’ today.”

“I never tried to be popular. So writes Andrew Sullivan, the once influential journalist and public scholar. The New Republic, new York review, and now under stack fame – in the introduction of his new collection of essays, Out on a Limb: Selected Writing, 1989-2021.

Indeed, he did not. Sullivan is too rare a breed of public intellectual, so celibate to a particular party or tribe that he always speaks the truth as he sees it. A gay, Catholic, British immigrant, and a committed little Tory committed to liberal little-boy principles, it’s easy to see how Sullivan never felt particularly attached to any particular party or tribe in America. With the Republican Party prostrate at the feet of an “openly protofascist cult leader” named Donald Trump, in Sullivan’s words, and Democrats too engrossed in their own illiberal left-wing variant, Sullivan is a homeless politician.

He made good use of this independence. For Sullivan, “the goal has always been the same: to look at the world, make sense of it as best I can and tell the truth.” This commitment to the search for the truth made Sullivan one of the early advocates of same-sex marriage and one of the most powerful and consistent critics of “revival” today. This led him to vigorously defend the war in Iraq and then publicly deny his previous support for it. This motivated his criticisms of hate crime law and critical race theory, but also his distaste for illiberalism and the Trumpist conspiracy.

That’s not to say that I agree with Sullivan on every point, but there is a refreshing, principled candor running through his work. And I wonder, to some extent, if his medium shaped his message. Although he worked in major magazines like The New Republic and new York, it’s important to remember that Sullivan was one of the oldest and most influential bloggers. In a November 2008 Atlantic essay, “Why I blog”, he underlined the immediacy of the blog and the close, even personal, links that the blogger often forges with his readers. This connection is not mediated by institutions like traditional magazines or newspapers and their publishers. Sometimes readers’ comments can be “instant, personal and brutal.” Still, Sullivan was impressed with how educated and thoughtful his readers were overall. Plus, being held directly accountable by these thoughtful readers has bolstered her accountability, her commitment to getting it right and following where common sense and facts may lead. Why? Because “there is nothing more conducive to professionalism than to be publicly humiliated for negligence”. Blogging and Sullivan’s constant, close engagement with readers seem to have intensified his predisposition to independent thinking and to adopting awkward and unpopular positions when necessary, allowing readers to “pivot [him] towards relative truth.

This anti-fundamentalist bent is particularly present in Sullivan’s writings on faith and sexuality.

In an October 2006 essay in TIME magazine, Sullivan deplores fundamentalism at work both on the geopolitical scene (radical Islamism) and at home (white right-wing evangelical politics). There, he rejects the dichotomy between fundamentalist religiosity and an equally militant and committed secularism: “Fundamentalism is not the only valid form of faith, and to say it is the great lie of our time. Rather, Sullivan advises “a humble faith” marked by tolerance. “And from that tolerance comes the oxygen that liberal democracy desperately needs to survive. This applies to all faiths, from Islam to Christianity … From moderate religion comes pragmatic politics.

This could explain why he was so enamored with the humility and openness to doubt and complexity of Pope Francis. In François, Sullivan sees “an epistemology of doubt as the central truth of faith”. He continues: “Benedict XVI and John Paul II focused on restoring dogmatic certainty as a counterpart to papal authority. François maintains that both, if pushed too far, can be sirens leading us a way of God, not guaranteeing our orthodoxy but locking us into calcified positions and rituals that may end up meaning nothing outside of themselves. As a conservative petit-c in politics, Sullivan advises “to seek the right prudential balance of requirement after requirement, from period to period, from year to year”. This willingness to fend for itself, to keep an open mind, never to cling so tightly to a conviction that it might blind someone to an extra bit of truth seems to have reverberated into his life of faith as well.

There is a certain pragmatism or realism here. And as a younger reader, I was struck by this pragmatism in the context of his earlier writings, especially on topics like homosexuality and same-sex marriage, which I was less familiar with. In a 1989 essay for The New Republic, “Here Comes the Groom: A (Conservative) Case for Gay Marriage,” Sullivan presented a compelling and practical case for the legalization of same-sex marriage: “inconsistent against them? Sullivan wrote that by legalizing same-sex marriage, the law could extend, not deny, family values, by encouraging gay people to form the same type of monogamous and stable relationships as they do with married heterosexuals. Promoting economic and emotional stability, as well as stronger and more stable households for children, he added, were social goods, whether distributed to heterosexuals or homosexuals.

Still, there are times when Sullivan seems to have lost touch, even a little, with his pragmatic streak and unbiased outlook. He certainly got carried away by the 2008 presidential candidacy of Senator Barack Obama. In his December 2007 Atlantic essay, “Goodbye to All That: Why Obama Matters”, Sullivan predicted that an Obama victory could lead to a “truce” in the culture wars. He was wrong. In February 2009, he deplored that “the Republican Taliban declared jihad against Obama” in The Sunday opening hours.

To some extent, Sullivan’s exaggerated expectations for a President Obama may have fueled the escalation of the crop war. In the words of the late senator and intellectual Daniel Patrick Moynihan (who, like Sullivan, offered a unique mark of conservatism):

“The discomfort with excessive promises stems almost entirely, in my experience, from the inability of executives and legislators to understand what is risk when promises are made. With a more homogeneous people, such as the British, for example, the risks are less. Governments take risks, hope for the best, and if things don’t work out it is not normal to assume sinister motives. We are different; an immensely diverse people. We really don’t know each other very well. When things don’t go as promised, it’s all too easy to suspect that someone destined that they shouldn’t… The administration must be careful about what it promises to deliver, because failure to do so is likely to be attributed to a malicious objective. “

The political regime – and its politicians, like President Obama – should beware of excessive promises. Culture wars could not be overcome by one man. Driven by the over-optimism of Sullivan and others, President Obama has promised too much. Disillusionment ensues.

But that does not mean that Sullivan is a poor political observer or that he is incapable of predicting the future. Indeed, while seemingly hyperbolic at the time, his prediction that a Trump victory in 2016 could potentially threaten America’s liberal democratic experience was certainly on the right track (see Jan. 6e). On that note, the fact that Sullivan is so alarmed by the illiberal variants of left-wing thinking today should leave us wary. He knows illiberalism when he sees it. We should listen.

We must also follow in his footsteps in matters of political temperament: to seek truth in politics, wherever it may take us, but always with a good dose of humility and a lot of raw humanity. That’s why Sullivan’s December 2011 Piece “Cher Ta-Nehisi” is so important. There, Sullivan mentions that his friend, writer Ta-Nehisi Coates, was frustrated with Sullivan’s willingness to openly engage with arguments and data regarding IQ differences between races. Coates pointed out that openly spreading these kinds of questions could cause serious injury to many, while also providing help and comfort to genuine racists. Sullivan would not back down, stating that “a writer’s fundamental loyalty must be to the truth as best he can discern it.” Intellectual openness and aversion to bowing to stigma are integral to this openness.

However, that did not mean that Sullivan could not recognize that “the wound persists”. Vigorous debate should not exclude empathy: “And so I ask Ta-Nehisi for forgiveness; not as a writer, where only good faith and honesty count, but as a friend and human being, where empathy matters.

We should do the same: control and argue rigorously and vigorously our reflections on this great world, remain open to new evidence and change our minds, and not be fools in the process.

In other words, we should join Andrew Sullivan on limbo.

Thomas Koenig is a student at Harvard Law School and the author of the free newsletter “Tom’s Takes” on Substack. It can be found on Twitter @ thomaskoenig98