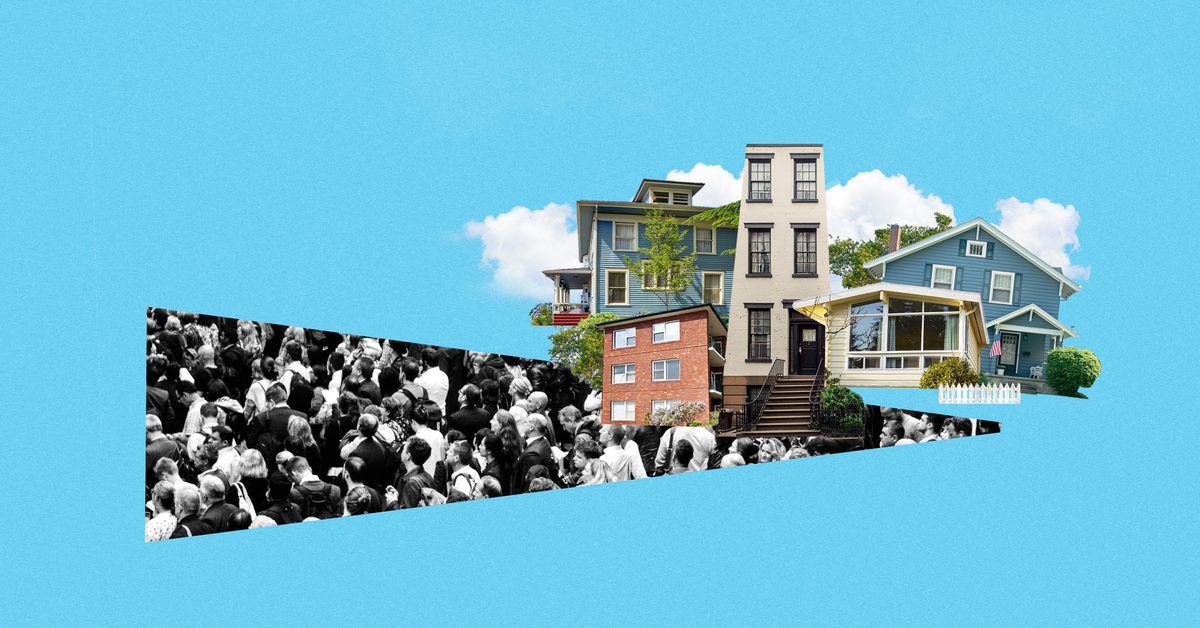 American virtue is running out. This is how we get it back | Opinion

Editor’s Note: In his April 4 address to the general conference of The Church of Jesus Christ of Latter-day Saints, President Elder Dallin H. Oaks expressed his belief that “the Constitution of the United States contains at least five divinely inspired principles.” : popular sovereignty, separation of powers, federalism, individual rights and the rule of law. This is the final essay in a five-part series that discusses each of these principles.

Americans often note with pride that ours is the oldest written constitution still in force in the world. We’re right to be proud, but some might quibble about our timeline. The most venerable constitution, they might argue, applies only to Massachusetts.

Remarkably, this far-sighted, influential, and enduring document was largely the work of one mind and one pen. They were the mind and pen of a lawyer from Braintree, Massachusetts, named John Adams.

John Adams was a colorful character – proud, pugnacious, cranky, opinionated, stubborn, robust, kind, generous, magnanimous, fearless, talkative, straightforward and overly honest. He loved his country passionately and was faithful from start to finish. He was the funniest of the Founding Fathers, as well as the hardest working and best read. To my taste, he was also the best writer. (Jefferson was perhaps a more elegant stylist, but I would prefer Adams’ pungent, powerful, and painterly prose to Jefferson’s controlled cadences any day of the week.)

Adams was a deep, broad, and penetrating thinker, and he thought about political philosophy until the last day of his nine decades of life. Political science, Adams believed, was the science of human happiness. This made it, in his opinion, the most important science of all.

In the spring of 1776 Adams passed a resolution in the Continental Congress that all states should write their own independent constitutions – a resolution that Adams believed should be seen as the real declaration of Independence. That same year, to aid states in their efforts, Adams wrote “Thoughts on Government,” a concise and incisive handbook on constitutional drafting. Tom Paine’s Common Sense aside, Adams’ tract was the most influential political pamphlet of that historic year. When Adams drafted a constitution for Massachusetts, he largely followed his own advice.

The purpose of the separation of powers, then – along with other constitutional principles – was to establish the rule of law. It was to prevent an arbitrary, unlimited or tyrannical reign. This was to ensure that the governors and the governed obeyed the rules of the game.

The concept is seductively simple and extremely powerful. America’s founders were familiar with Edward Gibbon’s assessment of history as “little more than the record of mankind’s crimes, follies and woes”. Much of the crime, madness and misfortune, they believed, was the work of unconstrained rulers – rulers who believed themselves above the law, acted on that belief, and got away with it. ‘case.

The US Constitution was designed to prevent this. Never in an independent and unified America would a tyrant rule with absolute power – changing the laws when he wanted or flouting the laws as he pleased. Nor would there be an American Caligula, the Roman tyrant who published the laws atop high pillars, where citizens could not read them. In the American Republic, the laws would be accessible and clear, within the reach of every citizen.

The rule of law requires that laws apply only prospectively (hence the Constitution’s prohibition of ex post facto laws, which retroactively criminalize behaviors that were legal when they were performed) and that they generally apply to all citizens (hence the Constitution’s prohibition of bills, which distinguish individuals or groups appointed for special punishment or unfavorable treatment). The rule of law honors human freedom by creating the conditions under which all citizens can plan for their future lives. When the rule of law prevails, citizens know what is legal and what is not. They know how to order their lives to comply with the laws. They know that the law applies to everyone impartially, that it has no favorites or enemies. They know that their lives are governed by the provisions of written laws, and not by the whims of savage rulers. Their government, they know, is a government of laws and not of men.

The rule of law, I repeat, is a precondition for human freedom. But the rule of law also has its own preconditions. John Adams knew this well, and he spent his life wondering if these preconditions were certain. He described some of them in the Massachusetts constitution itself. One was education. “Wisdom and knowledge, (…) disseminated generally among the body of the people, being necessary for the preservation of their rights and freedoms,” Adams wrote, “… it will be the duty of legislatures and magistrates ( …) cherish the interests of literature and science, and all of its seminars. The government, Adams continued, had a duty “to encourage private companies and public institutions … for the promotion of agriculture, the arts, sciences, commerce, crafts, manufactures and a natural history of the country. ; encourage and inculcate the principles of humanity and general benevolence, public and private charity, industry and frugality, honesty and punctuality in their dealings; sincerity, good humor, and all social affections, and generous feelings among the people.

It was an ambitious legislative program, if ever there is one. (For my part, I would appreciate more “good humor” among today’s politicians and the people in general.) But Adams knew that while the government could “cherish” education and “encourage” graces civic, he could never force them to do so. The same was true of what Adams considered the most essential prerequisite of Republican government. “Our Constitution,” he observed of the Federal Constitution, “was made only for a moral and religious people. It is totally inadequate for the government of another.

But a government committed to religious freedom cannot force people to be moral and religious. Nor can a government committed to freedom generally impose the other preconditions of the rule of law. Writing in 1967, a German thinker named Ernst-Wolfgang Bӧckenfӧrde described the dilemma thus: “The liberal and secular state depends on conditions which it cannot guarantee.

Bӧckenfӧrde did not use “liberal” and “secular” in a partisan or polemical way. By “liberal” he meant only a state attached to freedom; By “secular” he meant a state without an official church. His point was that a free state can only survive if its citizens are committed to freedom. But the state cannot demand such a commitment without ceasing to be free.

Likewise, the rule of law cannot survive without what has been called “obedience to the unenforceable”. Without unenforced obedience, you will never have enough police officers. But obedience to the unenforceable is, by definition, inapplicable. The rule of law requires moral commitments that law alone cannot guarantee. This is the Republican government’s greatest dilemma, its most enduring danger. As Bӧckenfӧrde said, “this is the big bet that ‘constitutional governments’ have taken for freedom. “

For America’s founding generation, “virtue” had concrete meaning: it meant placing the common public good before selfish private interests. Virtue, for the drafters of the Constitution, meant a sacrifice of the public spirit.

Such a virtue now seems rare. Maybe he always has been. John Adams spent at least 60 years lamenting the lack of virtue among Americans in his day. But today we seem to lack even a common sense of the civic virtue we aspire to. We lack not only virtue, but a shared definition of virtue.

Too many today think of virtue mainly in terms of how we vote and what we (re) tweet. Too many people prefer to point out virtue than to cultivate it. Too many people engage in ostentatious self-assertion; too few practice silent self-sacrifice. Virtue these days has largely become about joining the right team – signaling, in an approved way, that you are on the right side.

But being on the safe side, I argue, is less important than doing the right things. Virtue is less a matter of partisan allegiance than a matter of personal character.

As this series comes to an end, let me suggest that the best way to defend and uphold the Constitution is to start close to home. Indeed you better start at home. For the Constitution rests on the foundation of a multitude of supporting institutions – local governments, voluntary organizations, churches, schools, neighborhoods and, above all, families.

If you want to uphold the Constitution, it wouldn’t hurt to know a little more about it. I hope these trials have contributed modestly to this end. But you will serve the Constitution and the country even more valiantly if you make some personal sacrifices to instill in the rising generation a love for those virtues that John Adams preached: education, art, science, literature, humanity, benevolence, industry, frugality, punctuality, honesty, sincerity, generosity, good humor and charity.

Certainly, as Saint Paul proclaimed, “the greatest of these is charity”. But while we’re at it, let’s not neglect the good humor. Somewhere in Civic Heaven, John Adams will be smiling.

Justin Collings is a professor at Brigham Young University Law School and a member of the Wheatley Institution.

Unveiling the legend that is Krishna Sobti

Book extract | Life is not a straight line: a new insight into the rich work of Krishna Sobti