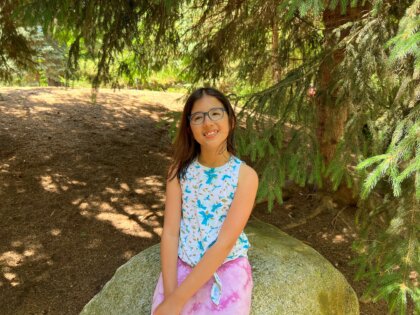 “I discovered that day that by finding nature, nature finds you.” And so concluded a winning essay in the third annual Last House Writing Contest hosted by Audubon Canyon Ranchsmanager of writer MFK Fisher’s “last home” in the Sonoma Valley.

Over 70 entries were received, with the largest number coming from young writers between the ages of 13 and 17.

Essays were received from a dozen US states – and in a first for the competition – around a third of the entries submitted were written by writers living outside the US, including Abu Dhabi, Beijing, India, Singapore, Republic of Korea, United Arab Emirates and United Kingdom.

The theme of this year’s competition was renewal, rebirth, re-emergence. “I had other ideas first, but decided not to use them,” she told program manager Susie Allen. “Then I had the idea of ​​a tree that regrows and formed the story around that.”

The competition invited writers in three age categories – children, youth and adults – to submit an original, unpublished essay, short story or poem. The winning essays have been published on the organization website.

Sara Alexander, first place winner in the adult category, has been a fan of Fisher’s writings for years and first submitted an essay for the contest in 2020.

Clark Wolf, who chaired the judging panel, was moved by the depth and quality of this year’s entries. “Seventy of them, coming from all over – around the corner and around the world – reminded us of how connected we are,” he wrote after tabulating the results.

Annika plans to stay connected to creative writing over the summer. “I also bring a notebook [to camp] for a story I plan to write called Robbery Campthat’s about four different species of birds planning a heist.

All participants received a commemorative certificate designed by Fisher’s grandson, Alex Wright. Contest entries included a $35 fee for adults, no fee for children and youth. Proceeds from entry submissions will benefit Audubon Canyon Ranch programs and the ongoing restoration of Last House. 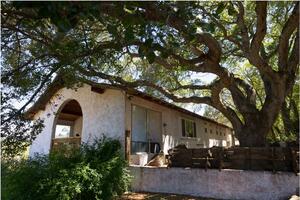 Fisher lived at Last House on the Bouverie Preserve from 1971 until his death in 1992. Since 2016, Audubon Canyon Ranch has been restoring Last House to capture the spirit and flavor of its life on the reservation and as a destination honoring its love of food, wine, literature, and nature.

Check out the 50 most striking book covers of the year

Essay competitions are open for high school and college students